Jay, the bluejay was a birdsaint indeed
as he'd never let waste even one little seed
He'd look for what's left and make use of it swift!
and always wipe his bum with leaves!
Always share with those in need,
and show them how sharing stops greed,
while munching on wasted birdseed!

There once was a beautiful, young, independent turtle named Fijit. She loved to hear stories from the elders and paint pictures with her mind. She especially loved the story of the Secret Sacred Pearl that could carry her anywhere she wished in an instant. She painted in her mind that if she could cross the widest oceans, traverse the driest deserts, and climb the highest mountains, surely she would be able to find the Sacred Pearl.

So she did, she carried the Sacred Pearl (in her… Continue

Ocean Of The Dolphin

A long time ago before there were oceans on Earth... a dolphin was brought down from the stars in a rainbow colored ship...and left inside a cave in the most desolate desert on Earth. After wondering for years "Where is the water?" in quiet seclusion, she realized she was the water and immediately the Earth's oceans gushed forth out of the cave.
Her family, the pilots of the rainbow colored ship telepathically knew the Earth was now suited for aquatic life. They brought all kinds of… Continue

A young boy awoke in a soft meadow of lilacs and hyacinth where the gentle murmur of fluttering butterflies and bumble bees would lull his developing senses into a peace serene. Opening his eyes to his
favorite place on earth, half in dream and half awake, listening to the gurgle of a crystal clear stream, always fresh and new, yet still the same-he heard a song. Clearly he heard it, though he knew it was
of another place-more beautiful than his dreams-or even the song of his favorite… Continue

The Bunny Who Drank Vegetable Juice

The old school house at the base of a giant redwood tree is where we
begin the story...

One day while all the bunnies were hard at work at their little
mushroom desks, writing poetry and stories, a lesson in life popped
out of the air (but not quite as loud as something you'd hear).
Anyway, Furry Teacher Badger was wandering around the classtree,
peeking over the eager and creative bunnies' shoulders and saw that
one of the more timid little bunnies had… Continue

The Dragonfly Of The Crystal Mountains

Once there lived a dragonfly of the clan of the crystal mountains- a mountain range topped with opalescent crystals.
All the mountains were well traveled--except the highest of all--Prism Mountain--a mount-ain topped with a crystal so huge,
that the legend told about it, said it was a shooting star that fell to the top of the mountain.
During the day, as the sun would shine through the diamond-like crystal, swirls of rainbows would cover
the landscape from dawn to dusk. At… Continue

Stumbling upon Architects was a truly happy experience for me. I've been trying to keep the negativity out of life, increase the positivity, and keep my mind functioning at a really good level. In the process I found another website that I think some if not many of you might enjoy. It's Wisdomology.com. The people there are doing a wonderful job of sharing wisdom, thoughts, and insight while keeping the negativity at bay. I just thought I'd share. Enjoy if you will.

Divinity is within us all, all we have to do is learn to recognise it and start to express it daily, within all our actions.

One Great Dream of A Single Dreamer ~ 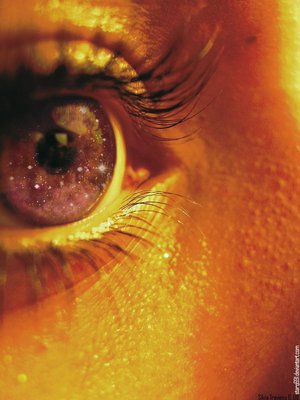 The Buddha, which literally means "the awakened one," said "My form appeared like a dream to sentient beings who are like a dream. I taught them dreamlike teaching to attain dreamlike enlightenment." When we begin to awaken to the dreamlike nature of reality, we realize we are all characters in each other's dream. Like reflections in a mirror, we are all interconnected aspects of each other's…
Continue

Kala speaks with Drunvalo Melchizedek
about the Serpent of Light:
Beyond 2012 The Movement of the Earths Kundalini
and the Rise of the Female Light, 1949-2013.
In this interview, Drunvalo Melchizedek
explains and how every 13,000 years on Earth a sacred
and secret event takes… Continue


On paper the pan American route starts at Prudoe Bay , Alaska and ends in Ushuaia, Fire land Argentine. It crosses more than a dozen countries.
But in practice the 27.750 km highways are interrupted in the region del Darién in the tropical forest of Columbia next to the Panamanian border. These 90km – 160 km are like a natural barrier between the Central- and South-Americas, there are no modern… Continue

News: Now that I've published my first book, Break/Through, as an e-book on Amazon Kindle (link at the bottom of this email), I'm researching self-publishing options so the rest of you can get a copy!

Also...coming soon: Chakra-Girl dot Com merchandise featuring the Chakra-Girl logo (the one I use on this profile, Facebook and Twitter).

~* In 1994, I was very blessed to have a reading done by a Shaman and subsequently was told that my TOTEM animal is the ELEPHANT ~*


An Elephant totem gives you
ancient wisdom and power to draw upon.
It embodies strength and power.
Elephant people often have a very strong sex drive. Through the use of fragrances and incense,
Elephant can guide you to new energies and… Continue

Love like you have never been hurt. Love, Love someone, love something, love everything.

Spend like you didn't earn the money and don't take life too seriously: No one gets out alive, anyways.

Throw caution to the wind in pursuit of pleasure, because if it hurts, then it's probably worth it.

Fear nothing, never quit, never give up, never surrender, and always speak your mind even when your voice trembles. A life lived in… Continue

We are the rare holders of magic, masters of the realm of shadow, the world of dreams; we walk the electric spider-web, mind to mind, heart to heart. We fly. Persisting in our knowledge, we open the doors from the land of mediocrity and face the marvel that is the starry sky, the diamond lit universe refracting into a thousand splinters of light. We are the secret keepers, knowledge hidden but not unfound, a multi-verse paged book found in the cave recesses of our dreams, open to the seeker. Do… Continue

Today's energy is incredibly powerful: a New Moon in Aquarius, Lunar Imbolc, Chinese New Year's Day ~ and, of course, a rare annular solar eclipse, one of 6 eclipses in 2009 (normally we experience only 4).

Barbara is a… Continue

You are the Miracle

You are the miracle of love and I am so grateful to find another connection of pathways into the many sacred places of beauty. We seek that which we did not find and find that which we did not seek. Be thankful for it is the place of possibilities within the shadows of impossibilities. You are a rare and unique gift for all living things. By every prayer filled step the burning light of hope is laid upon the many trails for all to witness and adjoin. By the visions and dreams of one comes… Continue

I received this today.. what a NEAT way to start out a week!

Please do look at this video Are You a born again American?
I also think someone should create a ''Born again Human of this World'' one~ what do You think?

i'm smiling and feel the Love!
radiating it outwards~~~~~ ! … Continue

Please check the blog to see these lyrics in their correct form.