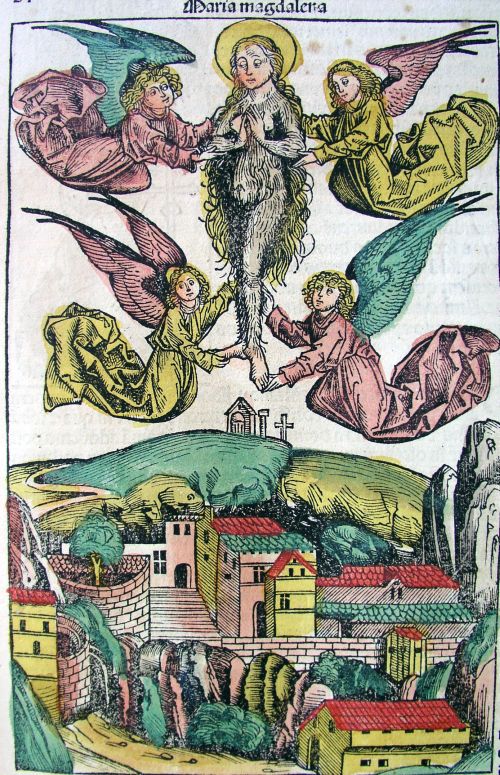 For me, the Great Remembering began in illness. On a descent to the depths of my being, I found myself throwing my arms around trees and sobbing, feeling their loving embrace. I began talking to crows, paying tribute to their visceral wisdom in a poem that concluded, "A coded conversation/In guttural cries/Opens my eyes/And lifts me higher." Stunned from exhaustion, I'd never lived in such clarity. With my brain on an extended vacation, I was forced to access a more primitive part of my being, to participate in the instinctual world, not merely watch.

I devoured books such as The Feminine Face of God by Sherry Ruth Anderson and Patricia Hopkins, and The Moon Under Her Feet by Clysta Kinstler. I became Inanna, the ancient Sumerian Goddess who symbolizes death and rebirth, with wisdom gained.

I attended a pivotal event, Returning to the Mother of Us All, birthed by singer/songwriter Jennifer Berezan. A multilayered, sensory-rich immersion, Returning featured musicians, dancers, poets, actors and activists from all over the world. I participated from an altered state of pure consciousness approaching ecstasy, and at the conclusion, as a 12-foot tall Black Madonna danced in the center of the main stage and the audience cavorted around her, I made my way through the throng to clasp Jennifer's hands and affirm with heartfelt conviction, "You've changed my life".

These are just a few examples of the myriad ways the Divine Feminine began showing up in my life, as she is now showing up for women (and many men) everywhere. Shannon Andersen, author of The Magdalene Awakening, is a powerful voice in service to this remembering, sharing the essence of the journey she's lived, decoding the sacred symbols and synchronicities that herald the re-emergence of the Divine Feminine on Earth, as reflected in the archetype of Mary Magdalene.

Trained in past life regression by Brian Weiss, M.D. (author of Many Lives, Many Masters) with an extensive background in religion, psychology, metaphysics and mental health, Shannon embarked on a global quest to discover the meaning of recurring synchronicities surrounding numbers such as 444, 222, and 153, and symbols such as the lily. She eventually found the link between Mary Magdalene, the Cathars, the Knights Templar, and gematria (numerically encoded messages embedded in both the Old and New Testaments). And true to the synchronous manner in which such awakenings unfold, her first past-life regression client remembered a lifetime as Mary Magdalene!

As I listened to Shannon singing my soul's song during a gathering, I was enfolded in the Returning experience anew, at a deeper level of understanding. A sister in the Magdalene lineage,her words echoed in my cells. The beauty and sanctity of Mary Magdalene is that she is Everywoman. "So many people are having Magdalene experiences now because it is a call to come back to the heart," says Shannon. "Mary Magdalene represents the strong spiritual aspects within ourselves.

"She is the voice of the Divine Feminine more easily heard by those brought up in a Christian/Jewish culture, as well as those who grew up in this time of awakening feminine power. In myth and legend she is known as the Apostle to the Apostles. She opened up southern France and Europe to Christianity; churches throughout the region are dedicated in her name. Mary Magdalene correlates cross-culturally with Isis, Mother Mary, Quan Yin, White Buffalo Woman and other archetypes of the Divine Feminine found around the world."

I know from my own journey that synchronicity — a word coined by psychologist Carl Jung that means "meaningful coincidence" — is a key way Spirit commands our attention in the West, where we inhabit ninety-mile-an-hour lives and seldom take time to listen to our inner voice. Shannon had begun seeing the numbers 444 on digital clocks, waking every night at that exact time. She discovered a correspondence with Archangel Michael, and started using this synchronicity for guidance in making important decisions. When she pulled into the parking lot of a building where she was considering employment and the odometer rolled over to 444, she knew the job was hers.

She later learned that on a higher level of meaning, in the gematria of the Greek New Testament, the phrase, "In the beginning there was the word…" adds up to 444. After her book was published, she discovered, as with Magdalene dreams and visions, that people all over the world had begun seeing these master numbers as powerful messengers from their own subconscious mind. And she understood she was being called into service.

(Similarly, when my relationship with crows began in 1993, as legions of Lightbearers were being summoned worldwide, I did not yet recognize Crow as a powerful archetype of the Divine Feminine. I only knew that when they cawed to me, I felt kinship.)

When you step onto the path of awakening, synchronicity will find you. It is the manifestation of spiritual alchemy.

This is the time when the Feminine frequency is returning to Earth, to heal and balance the masculine energies that have held sway on the planet for the past 5000 years. It's the close of a Great Cycle, the Shift of the Ages, and spiritual leaders in all traditions are calling for this sacred reunion. Native American elder, Chief Sonne Reyna says, "It is time for the women to lead." The Dalai Lama reportedly said, "The world will be saved by the Western woman." This is why Magdalene has returned now: to help bring us home to our hearts. The gematria of Magdalene in the Greek New Testament is 153.

Shannon recounts: "At my first book signing, I was curious to see men showing up. I asked one why he was there, and he told me he was a member of the Knights Templar, dedicated to Mary Magdalene. As similar experiences continued I became convinced it is the mission of strong spiritual women to initiate the men into their hearts."

A secret order that arose during the Middle Ages, the Knights Templar are peace warriors who carry the sword of peace, like Archangel Michael. The historical Knights were thought to worship the Divine Feminine — and some say these Knights held the secret of the marriage between Jesus and Mary Magdalene. The sexual initiations of the sacred marriage represented the very alchemy of the creation of life.

The Cathars, a group of monks from the Middle Ages who also held the heretical belief that Jesus and Mary Magdalene were intimate,exalted them as a couple. The Cathars resonate to the number 222. When the Church launched a Crusade against the Cathars, 222 priests were slaughtered. A troubadour poet prophesied that the Cathars would return in 700 years to finish their work.

Yet the Knights, known as the "snail men" because they left a trail for us to follow, knew that death was but a doorway into the next dimension. And today, those of us who are reawakening areboth Cathars and Knights: rainbow warriors leading the way into a new dawn. It is 700 years since the 1309 execution, The Age of Aquarius.

"The Magdalene lineage is about service — being a strong, spiritual, heart-driven warrior-monk," affirms Shannon.

One way to open the doorway to the Divine is to walk a labyrinth. A form of sacred geometry, the labyrinth serves as a connecting link between Heaven and Earth — just as the heart chakra joins the three lower, physical chakras with the three upper, spiritual ones.

When I was moving deeply into my own healing journey, I began visiting the labyrinth at Grace Cathedral in San Francisco, which is patterned on the one at Chartes Cathedral in France. Each walk was a release and a blessing, as I remembered and reclaimed a lost aspect of myself.

Shannon shared that the six innermost petals of a labyrinth represent the initiation of the Lord's Prayer. The rose image (Rose itself being one of the ancient secret names for Magdalene) models the Holy Spirit. The ceremony for walking the center petal, which can be found in The Book of Loveby Kathleen McGowan, is:

You can find a labyrinth to walk via the Worldwide Labyrinth Locator.

Shannon concluded our initiatory afternoon with a group past-life regression, asking us to watch for the lesson in that lifetime. I found myself as an 18th century Dutch child named Magda, who turned away from the man I loved at age 17 and spent the rest of my life in regret. At my death I cried, "Oh, Ezekiel!"

Initially, I thought the lesson was to accept/allow love when and where I may find it. I felt Mary Magdalene's presence; certainly I was named for her then, as now — and knew the message was to realize I AM love, and must receive it in order for my own wells to be full, to have something to pour back out to the collective (I'm an Aquarian, the zodiacal Water Bearer).

However, reading The Magdalene AwakeningI discovered that 444 is also the number of the Biblical Ezekiel, denoting the angelic realm: "From the spinning orb of light there appeared four beings, with four wings and four faces." (Ezekiel 1:4). And now I sense that I was looking into my own face, my Divine Masculine, who was asking me to claim my lineage as Magdalene and become one with him in sacred reunion. All true love must begin first within our own beings.

I was unable, or unwilling, to do so then. But I am here now, with a clear mission to connect the collective towards our eventual expression of unity. I am honored and humbled to be part of the Magdalene lineage, and to be in service at this magnificent moment on Earth.

If you are reading this, you are ready to reclaim your sacred power. Be not afraid. There are too many of us this time — and the Light will prevail.

Amara Rose is a spiritual artisan, author, and "midwife" for our global rebirth. She offers soul guidance, e-courses, business alchemy and talks to accelerate your evolutionary journey. Learn more at LiveYourLight.com, where you can subscribe to her e-newsletter, What Shines.