We've long been on a journey to nowhere.

I was listening to the beautiful song called PILGRIM by Enya this morning and the following words "grabbed" me for deeper exploration:

Living in the dark is like a magical mystery tour....a walk in the park on a moonlit night.

Death To The Death Experience

DEATH TO THE DEATH EXPERIENCE

Long ago I remembered my physical immortality option and set out to relive it.

Death is an option. It is not inevitable. Death is a belief system we have each bought into over the eons on the reincarnation treadmill. The only way to get off this treadmill is to die to it in order to be rebirthed into eternal, immortal, infinite and everlasting life, for death is always a pre-requisite to birth!

Death is a subject which is, in the… Continue

I Am On Fire

I
Am
On
Freedom's
Initiation
Ride
Eternally

Are you intuned, vibrationally resonant to the higher forces at work in your life?

The first step to this resonance is through the breath. Take time today to get quiet and observe your breath. Breathe slowly and deeply. Allow the breath to create the doorway to the inner vista that lies within you.

Talents, Abilities, Passions:
I am a member of Byakko Shinko Kai (www.byakko.org), after I completed my spiritual training in Japan. I work with energy using Mudras (moving prayers), mandala's and meditation. I enjoy peace dancing, circle dancing and my husband Gregg is initiating peace education in schools. My passion is 'peace on earth'.
Website:
http://byakkoblog.typepad.com, www.globalpeacemeditationprayerday.o... 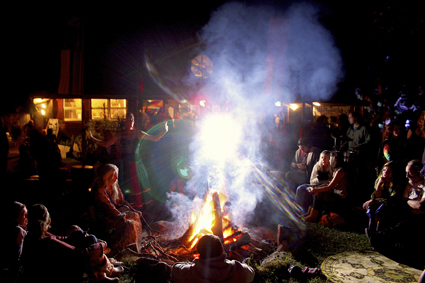 The evening began with Mandala and Gina leading all in an earth-honouring circle.
Then the Rainbow Drum Circle carried the message of peace and… Continue

Took a little walk, some fifty feet (about all I can manage in my current recovery state after surgery). I was stopped by the dew on the green blades of grass. What a gift, nature's delights. 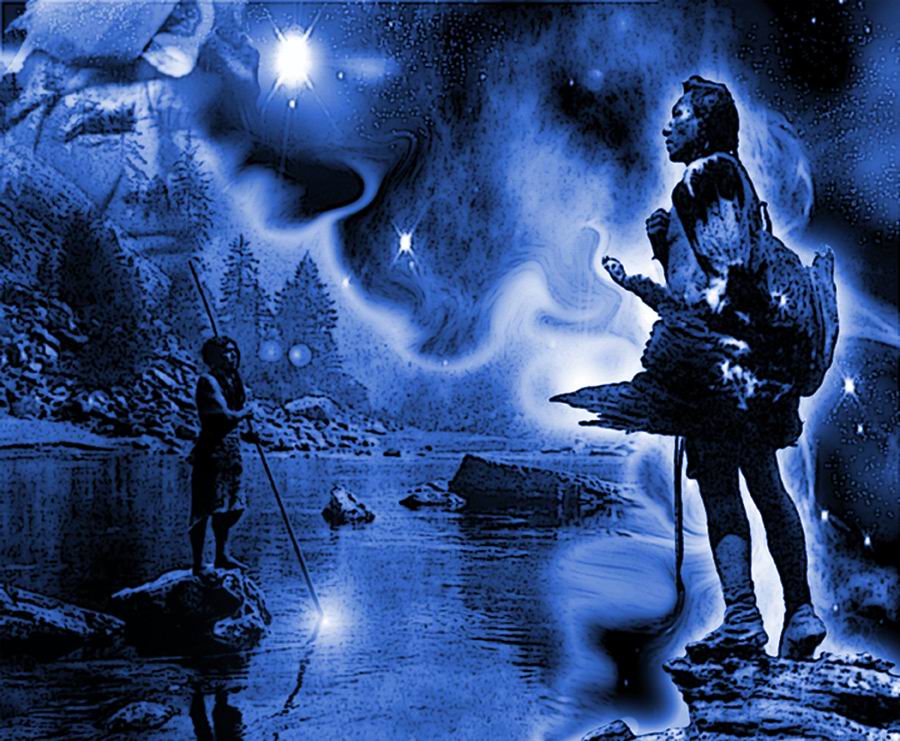 Migration : A World On The Move
Rene Wadlow, Representative to the UN, Geneva, Association of World Citizens

Today, migration policy and legislation is made largely at the national level. Thus, recent news reports from Europe have indicated that one country declared a state of emergency because of the presence of undocumented immigrants in its territorial waters. Another country dispatches asylum seekers to offshore islands in foreign jurisdictions before considering their… Continue

Life as a Splendid Torch

Life is no brief candle to me.
It is a sort of splendid torch
which I have got hold of for the
moment, and I want to make it burn
as brightly as possible before handing
it on to future generations.

It is in the 'letting go" that the true test of faith often reveals itself.

"When I let go of what I am, I become what I might be”
Lao Tzu 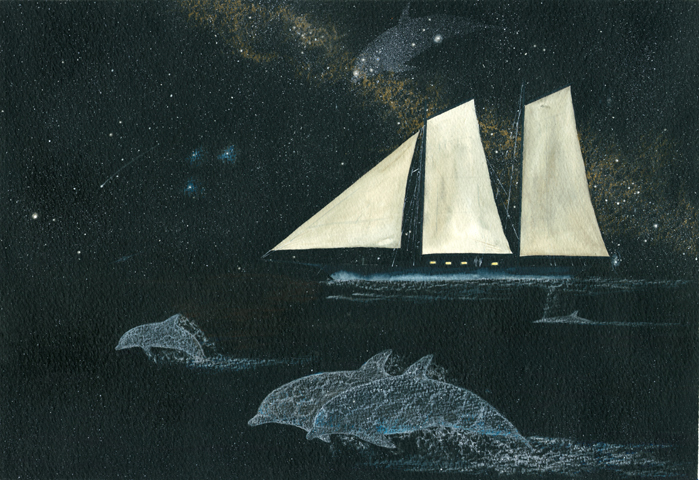 You are sailing on a Cosmic Sea all through the Universe. Your Eternal Vessel is powered by the Winds of Love filling your infinite sails while piloted by Great Spirit. Your angelic Crew love and support you unconditionally. You are surrounded and protected by powerful Angel dolphins swimming, jumping, dancing, playing, seemingly flying over and under omnipotently.

I’m writing to explore the possibility of collaborating with folks who are into alternative design/construction, esp those interested in spirals & geodomes, based in USA.

Rainbow Dreaming – Tales from the Age of Aquarius is a multi-media photo expo on the alternative culture of the rainbow region of Australia. This exhibit has been invited to participate in the 40th Anniversary of Woodstock celebrations in USA. (see www.rainbowdreaming.org)

Dear Friends,
Humanity Healing has great news to share with you about our Ugandan Outreach Project. We have been selected to participate with this project in the Global Giving Challenge. It is up and live on the Global Giving Website. Please visit:…
Continue

DIVINE GRACE AND THE MANIFESTATION OF HEAVEN ON EARTH - ACTIVATING YOUR RUBY-CHAMBER!

DIVINE GRACE AND THE MAINIFESTATION OF HEAVEN ON EARTH
Greetings beloved ones,
Kindly contemplate the words Divine Grace and the expanded potential of the manifestation of divine grace. Gently attune yourself to the vibrations your body experiences as you contemplate this principle. What is it that you are feeling this very moment? Following a short time of meditative observation of your feelings focus the energy of manifestation of divine grace through your pineal gland with your… Continue

Living in a Multi-Dimensional World

Duality is on its last legs. The increasing polarity that fuels our battle of opposites is unsustainable, much like a rubber band that is being stretched past its breaking point.

We see its effects everywhere as the extremes struggle at every turn, unable to compromise on even the smallest point and willing to fight to the death to get their way.

Yet, those extremes are becoming less and less relevant to the sense of knowing it unleashes within us that there must be… Continue

The Heart of Unconditional Love

From the laughter of children at play to the golden rays of the sun beaming through the sky at sunset, the eternal song of love permeates all creation. Each beat of our heart pulses to this rhythm in a majestic and graceful dance connecting us to everyone and everything. Life is magnificent when we quiet our outer selves and become fully present and aware of our own loving essence.