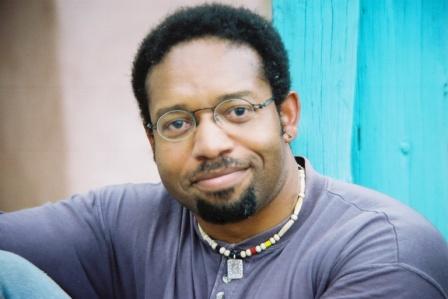 Many Tribes; But Only One Heart!!!

My Biography, by Sunny Ariel Halevy

Robert ‘Standing Eagle’ Marshall was born in 1949, in Pittsburgh, Pa., blessed with the rich heritage of African, Seminole, and Cherokee. His elders were his first teachers. “I grew up in a household where my Great-great Grandmother, Great Grandmother, Grandmother, and Mother were all under one roof. And to say things would get interesting around that environment would be a gross understatement. But, looking back, I’ll tell you that I wouldn’t have traded it for anything in this world—it was a true treasure!”

“My parents got divorced when I was four years old, and my mother discovered that she was expecting just after it was final. During all of this—the birth of my sister, growing up, and trying to find my place/identity; there were five constant male influences—my Grandfather Austin Chatman, my Uncles Roy Miles, Jacob Hurst; my “adoptive” Uncle Clifford Fowler, and my cousin Peter Chatman, better known to the world-at-large as “Memphis Slim”. It was never lost on me the dynamics of growing up in such a household with these powerful male and female energies. And I chose the path of learning all I could from both sides, and to walk the path of balance with an altar dedicated to justice.”

‘Standing Eagle’, his ceremonial and tribal name, now 59 years old, is considered an “Elder”, and has worn many "hats" on this Earthwalk—Student, Soldier and Combat Photojournalist; Spiritual Warrior, Teacher, Healer, Artist, Activist, Environmentalist, Author, and Shaman—he offers his "Straight-Up", “Reality Therapy” approach to Life and Spirituality to any that ask.

He is a Reiki Master and Instructor, practices and teaches courses in Personal Empowerment, Shamanism, and Magick. Robert performs a variety of energy-based holistic healing techniques including the ancient practices of “Laying-On-Of-Crystals/Stones”, focusing energies through a Quartz crystal, and "Throat-Singing" harmonics.

One of his ceremonial duties has been that of a “Prayer Pipe Carrier” for the people, for over 15 years. “The Prayer Pipe was brought to the Lakota Nation by White Buffalo Calf Woman for her people. And that is how it has been for over 2,500 years—However the times and situations that are upon us now calls for a broader focus. So when I say, ‘For the People’, I mean ALL people—any and all who are of the family of man are prayed for through this pipe—it can not be looked at any other way! If we are to go forward, if society is to ever reach its full worth, as the custodians of this planet, we have to put aside our trumped up differences. We must put all fundamentalist thinking and practices on the shelf, take each others hand—men and women as equals—and step through the door into a truly ‘New Age’ of enlightenment and existence!”

Rob also does psychic readings using an oracle that predates the Tarot by 2,000 years called Runes, which is also the ancient alphabet of the Norse people.

Robert is the owner of Orion’s Gate Enterprises, Ltd. His products, which are a unique line of specialty jewelry, that he calls ‘talismans’, herbal prayer candles, incenses, and ‘sacred items’ can be found at various metaphysical stores around Albuquerque. You can find his teachings on his website that is now under construction at: www.orionshome.com

Currently, he lives in the town of Tijeras, NM, situated in the East Mountains area above Albuquerque, where he has spent the last 10 years doing Therapeutic Foster Care Parenting, working with Reactive Attachment Disordered children and raising his adopted son, Alex, whom he found through the program.

“My decision to adopt came out of a promise I made to Spirit and my elders. Throughout all of my time in the Air Force as a Photojournalist and Combat Photographer, I saw and documented the best and the worse that mankind could do. And during the worst of times the elderly and the children took the brunt of it. And I decided that I would one day give something back, and this came to fruition when I saw this cute little 9 year old’s picture in the agency’s adoption folder. This was by no means a ‘cake-walk’; I really had my hands full. But in time he grew to understand that this was the ‘real deal’ and he was in a safe, honest, and nurturing environment where he was loved and respected.”

He is currently involved in four ongoing projects. The first includes consulting work on the movie “Soul Force—The New Kids Are Here”. This ground breaking documentary project is delving into the emergence of the Indigo & Crystal Children, their purpose on our planet, and how they are a central energy of “The Seventh Generation” prophecies.

The second project is that of a teacher, conducting Shamanism courses for two groups of Indigos. One group is adults and the second is teenagers. By introducing them to his particular shamanic training they are now becoming more comfortable with the specific energies they are custodians of—and most importantly having the wherewithal to navigate the “minefields of day-to-day life in the mundane world that is uncomfortable with their presence”.

The third is that of an author. He is laying down the “framework” for two books, the first is entitled “Psychic Energy Awareness—A Primer For Getting To The 'Core' Of The Matter”, which delves into the specific shamanic training he received. And the second book is “475,000 Years To Get Home—A Galactic Warrior Shamans Quest”.

The fourth project became an entity with two parts after a Dream/Vision he had on Friday, October 7, 2005.

Part one is a healing and teaching center—“I was already making plans for a holistic teaching, healing, and gathering center that would be open to any and all modalities. Here in this mountain setting we would provide the ‘mechanics’, so-to-speak, to aid in de-mystifying the ‘mystical’ so that everyone could learn the various healing modalities in a free and open environment. Parking your fundamentalism at the door because there are numinous paths to ‘enlightenment’—not just one—and they need to be honored and respected.”

Part two came out of instructions he was given during his vision. He will be taking on the daunting task of establishing a non-profit foundation called “We Are All Related”, which is the English translation of the Lakota phrase “Mitakuye Oyasin.” “This foundations mission will be to help tear down the barriers we have been diligently building promoting all of our ‘differences’. These trumped-up differences are nothing but socio-political and socio-economic tools used to manipulate our societies. Making breeding grounds for frustration, strife, despair, disease, wantonness, grief, and poverty.”

“We Are All Related” Foundation, will endeavor to show how we can replace our present industrial base that is spreading like a virus over the planet fostering a socio-economic system built on the paradigm of scarcity and poverty; with “Democratization”, a holistic living paradigm which is based on a system of sustainability, prosperity, and plenty. You can see more on his website that is now under construction at: www.weareallrealted.net

Thank you for taking the time to comment my photos!

Christine J. said…
Thanks for the invite and friendship
Robert !

Silja Saareoks-Kaldre said…
But I love the whole playlist:-) & the rest of the photos, :-) that you have here too. 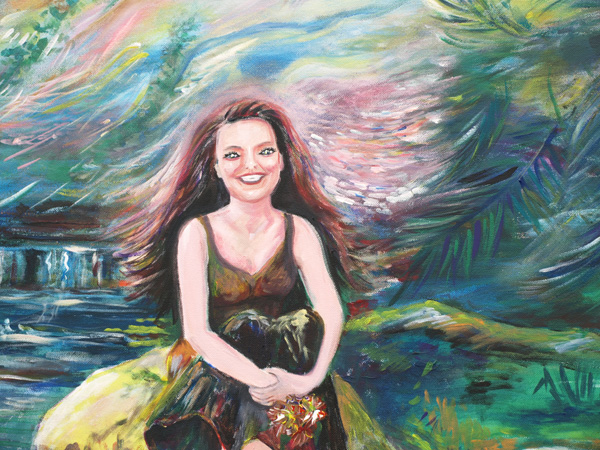 Silja Saareoks-Kaldre said…
Thank you Robert!
I just listened to your playlist, I think I have never heard about Jesse Colin Young, but this song melted me instantly. Just so amazing! Blessings, Silja

Ernesto Angulo said…
Thanks for the friendship

Richard Lukens said…
Hi Robert... thanks for joining the Architects site and getting right into it... I like all the content you posted so far...

Glad to have you here,