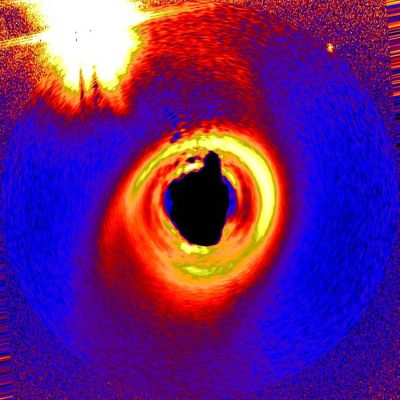 It's official: the universe is expanding at an ever-increasing rate, fueled by a mysterious substance astronomers call "dark energy". Satellite maps reveal the universe to be just four percent atoms by weight, 23 percent dark matter (presumably elementary particles left over from the Big Bang, say scientists) and 73 percent dark energy.

This turns what we used to believe about the composition of the cosmos on its ear. All this time, we thought the universe was mainly atoms, yet this is only the tip of the evolutionary iceberg. We've been looking at ocean froth, thinking it's the ocean.

Here on Earth, we're in an era of diving deep, mapping a new world as a planetary organism. In the midst of our collective birth process, the astronomical course correction suggests a macro-micro view: "as above, so below." READ THE REST!