A small group of thoughtful people could change the world. Indeed, it's the only thing that ever has.

Some of the interesting suggestions are:

Using computer programs and mathematical formulas, Richard Conn Henry, an astrophysicist in the Krieger School of Arts and Sciences, and Steve H. Hanke, an applied economist in the Whiting School of Engineering, have created a new calendar in which each new 12-month period is identical to the one which came before, and remains that way from one year to the next in perpetuity.

Under the Hanke-Henry Permanent Calendar, for instance, if Christmas fell on a Sunday in 2012 (and it would), it would also fall on a Sunday in 2013, 2014 and beyond. In addition, under the new calendar, the rhyme "30 days hath September, April, June and November," would no longer apply, because September would have 31 days, as would March, June and December. All the rest would have 30. (Try creating a rhyme using that.)

"Our plan offers a stable calendar that is absolutely identical from year to year and which allows the permanent, rational planning of annual activities, from school to work holidays," says Henry, who is also director of the Maryland Space Grant Consortium. "Think about how much time and effort are expended each year in redesigning the calendar of every single organization in the world and it becomes obvious that our calendar would make life much simpler and would have noteworthy benefits."

Among the practical advantages would be the convenience afforded by birthdays and holidays (as well as work holidays) falling on the same day of the week every year. But the economic benefits are even more profound, according to Hanke, an expert in international economics, including monetary policy.

"Our calendar would simplify financial calculations and eliminate what we call the 'rip off' factor,'" explains Hanke. "Determining how much interest accrues on mortgages, bonds, forward rate agreements, swaps and others, day counts are required. Our current calendar is full of anomalies that have led to the establishment of a wide range of conventions that attempt to simplify interest calculations. Our proposed permanent calendar has a predictable 91-day quarterly pattern of two months of 30 days and a third month of 31 days, which does away with the need for artificial day count conventions." According to Hanke and Henry, their calendar is an improvement on the dozens of rival reform calendars proffered by individuals and institutions over the last century.

"Attempts at reform have failed in the past because all of the major ones have involved breaking the seven-day cycle of the week, which is not acceptable to many people because it violates the Fourth Commandment about keeping the Sabbath Day," Henry explains. "Our version never breaks that cycle."

Henry posits that his team's version is far more convenient, sensible and easier to use than the current Gregorian calendar, which has been in place for four centuries – ever since 1582, when Pope Gregory altered a calendar that was instituted in 46 BC by Julius Caesar.

In an effort to bring Caesar's calendar in synch with the seasons, the pope's team removed 11 days from the calendar in October, so that Oct. 4 was followed immediately by Oct. 15. This adjustment was necessary in order to deal with the same knotty problem that makes designing an effective and practical new calendar such a challenge: the fact that each Earth year is 365.2422 days long.

Hanke and Henry deal with those extra "pieces" of days by dropping leap years entirely in favor of an extra week added at the end of December every five or six years. This brings the calendar in sync with the seasonal changes as the Earth circles the sun.

In addition to advocating the adoption of this new calendar, Hanke and Henry encourage the abolition of world time zones and the adoption of "Universal Time" (formerly known as Greenwich Mean Time) in order to synchronize dates and times worldwide, streamlining international business.

"One time throughout the world, one date throughout the world," they write in a January 2012 Global Asia article about their proposals. "Business meetings, sports schedules and school calendars would be identical every year. Today's cacophony of time zones, daylight savings times and calendarfluctuations, year after year, would be over. The economy -- that's all of us -- would receive a permanent 'harmonization' dividend." Calendar Reform and the Future of Civilization

The purpose of the World Summit on Peace and Time is unprecedented. It is nothing less than to formulate and propose with distinct and concrete steps a reform of the current world standard of daily time keeping, the twelve-month Gregorian calendar, replacing it instead with a perpetual calendar of thirteen months of 28 days each. This step is taken with the utmost seriousness of intention and a recognition of the profound and wide-ranging implications which such a reform promises. To replace the current calendar with an entirely different standard of measure is to undertake a fundamental change that reaches to the foundations of everything we now call civilization. It is precisely because of the profound changes it augurs that this calendar reform is also undertaken as an act of bringing about universal peace on Earth. Hence, the World Summit on Peace and Time.

Calendar Reform is the final act of history, and the first step toward Earth Regeneration in the cradle of galactic culture. To change the calendar now is to change the course of history and to revolutionize altogether the future of civilization on Earth. In making these sweeping but accurate statements we would be remiss if we did not present a brief history of modern calendar reform so that we may be able to better grasp the subtleties and far-reaching implications of such reform. We must also understand that the timing of this calendar reform is of a vital nature and presents an evolutionary opportunity for humanity which it cannot afford to lose.

The topic of calendars and calendar reform is not a popular one for the simple reason that the calendar in use functions as a dogma and, therefore, there appears little reason to question it. Most people do not have any idea where the current calendar came from. People who live in mostly non-Western societies function with what is called a lunar calendar, as well as the more recent Gregorian calendar. The lunar calendars also dogmatize the sense of time. Though we speak of the Arab, Hebrew, or Chinese lunar calendars, for example, it should be kept in mind that there is only one moon and hence all lunar calendars are actually the same measure. The lunar calendars in use measure the synodic cycle of the moon, from new moon to new moon. This is a cycle of some 29 and one half days. Twelve of these synodic lunations take 354 days, 11 days short of the solar orbit of the Earth. The sidereal cycle of the moon, the measure of the moon from the same place it appears in the sky, is only 27 and one half days. Between the synodic and the sidereal measures, is the mean lunar cycle of 28 days.

While the lunar calendars in use by different world cultures are in no way solar calendars, or a measure of the Earth’s solar orbit, the Gregorian calendar in use today is an approximation of a solar calendar. We say approximation because on the one hand, while the Gregorian calendar accounts for the 365-day solar cycle, inclusive of an extra day every four years, its standard of measure is irregular and corresponds to no natural cycle whatsoever. 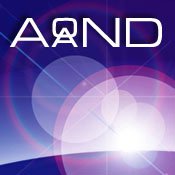 There comes a time when the mind takes a higher plane of knowledge but can never prove how it got there.
Albert Einstein
https://www.facebook.com/pages/Common-Ground-World/78589825871

Join Us on Architects of A New Dawn~