The Olympics are all about prowess and prizes. And while it's exhilarating to watch athletes who have trained for years achieve their dream, there's a deeper dimension to what "gold" represents. 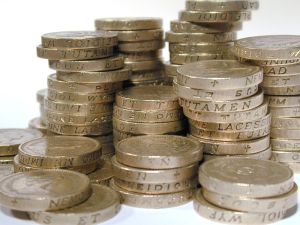 I've suggested before that we're "morphing out of materialism". In Beyond Prophecies and Predictions: Everyone's Guide to the Coming Changes, visionary author Moira Timms describes our emerging "true wealth" consciousness this way: "The mind analyzes — the heart synthesizes. The turning point is where the heart is awakening. America's motto, inscribed on the banner in the beak of the eagle of the Great Seal [of the United States], reminds us that America was founded on the principle of 'E Pluribus Unum' — 'Out of the Many, One.'"

Further, the inscription beneath the Great Pyramid (the centerpiece of the Great Seal, on the back of a one dollar bill) says, "Novus Ordo Seclorum" — which translates, appropriately, as "A New Order of the Ages.” So, the answer is in money — but it's not about who can become the richest at others' expense. READ THE REST!