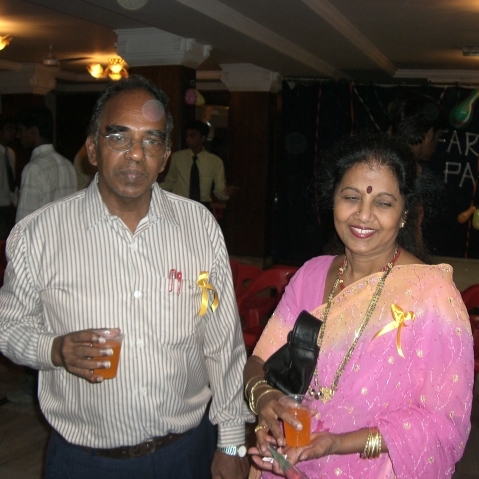 Our New Life Styles        Keta  Meera  Sahebu We have seen in discussion The efforts that is gone in preparing the new Economic model for New Age. In  this discussion  let us see the benefits…Continue

Dear  friend You are a great Dreamer and  a Visionary.   You are fully aware ,’ Dreams are not enough for changing India. You need a workable model’. The New Economic Model for New Age that I am…Continue

Peace and Blessing to you!

Professor and Head of the Department of Telecommunication Engineering Department

Well versed  in ISO work. Worked for Accreditation of the TE  department and  got  it.

During this period I have also developed EMI/EMC modeling software in Visual Basic. This software runs into 100 MB of code with extensive GUI support.  In addition to testing and validation of software

Me along with Brig G.K.Deb  built EMI/EMC lab  from  scratch. This facility was used for number of DRDO labs and public and private sectors to test and build their systems compatible with stringent Defense EMI/EMC requirement.

During this period I  have become familiar with complex systems like, Akash, Mig Aircrafts, Helicopters, LCA, ALH,MBRL, various types of Radars, Power Generation Systems, and so on.

EMI Problems are analyzed  keeping in view the overall requirements of   systems and their environment into consideration.

I was working in communication division. My specialization during this period is Bandwidth Compression System that requires  extensive knowledge of  Digital  Signal Processing.

I am the first to build the real time  hardware FFT  Processor that uses  software code  stored  in ROM’s even during those period.  I have built Programmable Signal Processor  for processing speech in real time  using microprocessor AM2900 series  Multiplier  IC’s and ROM’s.

1967-2002      I was writing Philosophy as a synthesis of science and spirituality. Several books and  articles

http://comic-civilizations.com. I have also organized World Religious and Cultural Festival

2002-2009      I am writing  a new   theory of economics, “Reverse Principle”. This theory is a fusion of   Capitalism, Co-operative effort and  the concept of post dated cheques. This theory when implemented can release economic nuclear  power that transforms the life styles of every one  in India. Several books are published on this topic. My web http://spin-india2015.com   gives all the details .

Through Spin-India.org  planning to organize seminars and lectures. Putting effort  to convince the government to change over to this new system of economics.