"You are not responsible for making other people's lives work; they are." - Sanaya Roman

Life is a beautiful interplay of imagination and manifestation. Known in other ways as feeling and thought, feminine and masculine, yin yang, each requires and adds to the other. In an amazing dance that allows us to create and recreate our world, these energies continuously merge into each other to form a union that brings wholeness to our expression. Inspiration held with determination is what creates our physical experience and when this process is conscious and balanced, great… Continue

One of the more interesting experiences I have had involved witnessing a man literally bounce off walls. I was working in an inpatient addiction rehabilitation program and had the task of informing a client that his father had just died. We were alone in my office when I told him the sad news and he stood up from his chair and ran into a wall, bounced off, did it again with another wall, and again, and again, and again. I remember noting with surprise that the phrase "bouncing off the walls"… Continue

"We must have a pure, honest and warmhearted motivation, and on top of that, determination, optimism, hope and the ability not to be discouraged. The whole of humanity depends on this motivation. " ~ Dalai Lama 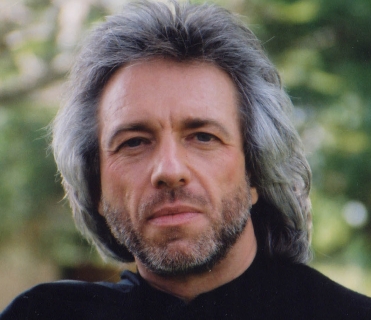 The Divine Matrix 20 Keys to Conscious Creation! New discoveries suggest that our world is the mirror of our beliefs. What we once believed is about to change! Author Gregg Braden bridges time, space, miracles, and belief!

Every living thing emits Biophotons. They store information that promotes healing. Biophotons travel faster than the speed of light. (Thats why you instantly feel pain throughout your body when you stub your toe.)… Continue

Gregg Braden expounds on the concept of a Divine Matrix, which he defines as a bridge between the inner and outer world, and a mirror of quantum essence. In further describing the matrix, he cites the work of physicist Max Planck who wrote about a non-conventional form of energy from which all physical matter originates.
This matrix or field is not something that is "out there" but rather it's the very stuff that is holding us together, says Braden. The universe can be viewed as a… Continue

The most prophesied event of All.Time and Space
'This story is the Truth.'

By many, 'the UPLINK' is lauded as being 'the most prophesied event of All.Time'. Is something of such divine significance and great magnitude, something so inconceivably Holy - about to happen to us at Earth, surrounding galaxies and interplanetary inhabitants? What is this unfathomable quest to… Continue

Lords of the material universe
The first signs were auspicious. At Brisbane airport, waiting to catch the flight out to LA, we bumped into Elizabeth Thorpe and Debbie Lee. Elizabeth and her partner Ray, proprietors of Happy High Herbs, were the principal sponsors of Rainbow Dreaming and Lee, artist and designer, is an old connection from Nimbin. Elizabeth and Lee were headed for USA to open Happy High’s first US store, in Arizona. And Hans and myself… Continue

The Time of Many Ones (aka 111) signifies new beginnings.

We have already enjoyed 3 days in October of many 1's and I see there are many more to come in the next few weeks as well, so I share them with you.

The three already that have been are:

Life is a bit like walking in a forest. Along the path you will find trail markers. Other times you won’t. Sometimes the brush will become dense and little light will shine through, and in other places you will feel the glorious sunshine on your face. Any successful person will tell you that answers come not at once, but little by little, step by step, to create the life you want. Faith is an intuitive skill and you will get better at it the more you use it. Open up to walking on faith, and see… Continue

WORD FOR THE DAY(gratefulness.org)
Saturday, Oct. 10

Through love and sincerity continuously
beautify your inner life in every way,
by daily looking
into the mirror of introspection.

CARLOS SANTANA LIVE BEST OF... ENJOY THE MUSIC AND HAVE A GREAT WEEKEND.... CHRISTOPHER 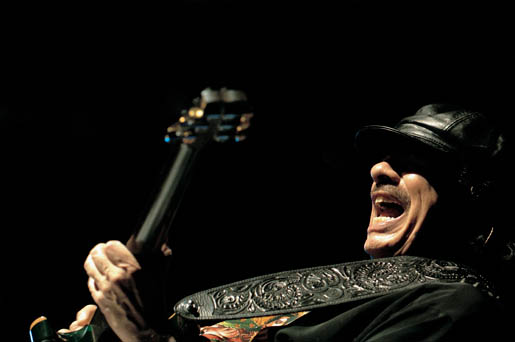 CARLOS SANTANA LIVE BEST OF... ENJOY THE MUSIC AND HAVE A GREAT WEEKEND.... CHRISTOPHER

Added by Digital Publishing Entertainment on October 9, 2009 at 12:00pm — No Comments

What does our tree free, compostable packaging have to do with your healthy lifestyle?...EVERYTHING.

We knew this on a gut feeling level – but scientific proof and ‘the bottom line’ are often easier to track and convey in business conversations. Therefore, in the 3rd Quarter of 2009 we prioritized creating an internal Sustainability Scorecard with the help of a top consultant from the Bren School of Environmental Science and Management at UCSB.…

Mastering your thoughts may seem impossible at times. The key is to be able to shift gears, even when you feel stuck. The power of positive thinking can be compared to the software on your computer. The subconscious mind makes no judgment, and accepts what you tell it. Over time the input of thoughts that are constructive, affirming, progressive, and expansive will change your life. Are you willing to give it a try?

Hello people of the world and welcome to my blog!

Every other Tuesday I go to special free running/parkour lessons down in Weston-Super-Mare.
It is really fun! You get to do vaults, jumps, rolls, flips and much, much more.
We learn alot. I am also going to a special extra lesson of free running/parkour on Sunday the 11th of October 2009.

Click on slide show for beautiful images and words for 2009 inspired by the Dalai Lama: