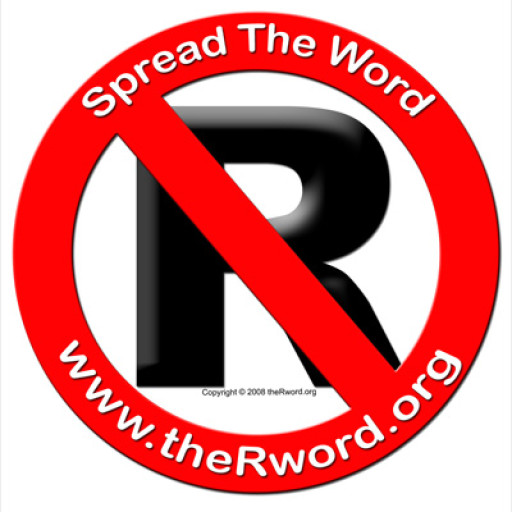 Of all the labels commonly used among the citizenry, none are more repulsive than those that belittle race or those with mental disorders.

Fortunately, society has all but blotted out the "N-word" from its vocabulary. We understand how repulsive that can be.
But there's one that's equally demeaning -- and should follow that earlier word into the colloquial trash.

You see, we often throw the word "retarded" at each other with the same ease as when we threw popcorn at each other in movie theaters years ago.

Although, grammatically, it means "slowed", it's used to describe a person's aloofness, lack of coordination, intellectual level -- even to slur one if he/she doesn't do as we demand.
It's even more demeaning to use the word in describing anyone with a psychological disorder -- or a biological malady that leads to one. To use "that" word in referring to them can not only label them for life, but also lead to a tremendous loss of self-esteem, depression, regression -- even suicide -- as it burrows into their subconscious and begins to infect their emotions.

There's a movement that was borne out of a Special Olympic program (I believe in California) to stop this word in its tracks, much as was done with the "'N-'Word". I'm blessed and honored to promote The 'R' Word.org as a means to thwart the propagation of this cruel description and taunt.

And now that same initial stands for banning a blanket bigotry ... something called racism!!

Together, we can do it ... not only for ourselves but, more importantly, for anyone labeled by this demeaning insult! Just click the link I gave you and find out what you can do!