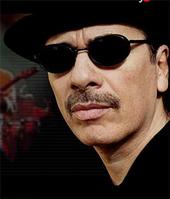 For AOAND members all over the world who experience his amazing music and live concerts...

Who's up for a collaboration on music for and about Earth, Peace, Love, Sustainability? 8 Replies

Have you heard of "Filthy Water" 5 Replies

You need to be a member of Carlos & Friends to add comments!

NOBODY OF US HERE WRITING HAS PASSED THROUGH SUCH A REDEMPION AS JESUS CHRIST.

MANY RELIGIONS HAVE TO EXPLAIN WHY THERE CAN'T BE EQYUALITY BETWEEN WOMEN AND MAN.....IT HAS TO EXIST!!!!

Christianity has still to explain to the world:

2) why grow and multiply yourself HAS BEEN TOLD before the serpent appeard......mortality is due to multiplying power is the price man has to pay to be into sexual fertility

BETWEEN WOMEN AND MEN

romantic love is only part of the supreme love

passion between a woman and a man is in the opposite direction of passion of jesus.

there are three or more levels:

1) love as an easy answer to love

3) love as an answer to the unknown and unespected

4) love as answer to your enemy

5) the supreme love of Jesus CChrist who has been able to ove all mankind at once with an heavy condamn upon him.

THAT'S WHY CHRISTIAN MESSAGE IS INVINCIBLE AND PUREST THAT ANY OTHER TRUTH.

CHRISTIANITY IS SUCH A POOR MESSAGE THAT FEW HUMAN BEINGS ARE

that's why crusades, child abuse and other sins were upon the church....

it's so heavy for a man to remain pure to luxory and luxury that man do a mess......it's ike having a celestial message given to poor mortals....CHRISTIANITY IS A JAM IN THE HANDS OF A PORK (wepoor sinners)

what do you think?

Mr. McDowell I apologize to you but I could not read pass the 10 or 11 lines.  I and like many members of this website and even Mr. Santana have gone way beyond what you are sharing.  You are still back in the 1600 or 1700 century.  Mr. McDowell it is very apparent that you do not want to change and that's ok.  My last piece of advice to you is this.  I like all members of this group and maybe even Mr. Santana do not want to stop you from sharing.  It is you right as a USA citizen. You can share what ever you want and no one should stop you.  But their is one thing you have to be perfectly clear.  SHARING and PREACHING are two very different things in religion.  In religion sharing  you are telling us what YOU believe in. Every thing and I mean everything is in the first person singular. IT IS ABOUT YOU, PERIOD. Then if people see how you live your life or pick up on your sincerity you might have some converts into what YOU believe in.   In PREACHING (a self gain authority) you are telling us what you want us to believe in and in the case of religion it is what you believe in. {{{{Now if you talk to Jesus by cell phone and He has a direct voice to you then I apologize.}}}}}} Then directly or indirectly by implication you let us know that if we do not believe like you then we are wrong (in nice way) and again by implication that we are going to HELL for sure as the results of not believe like YOU. Mr McDowell when it comes to every bodies God no one has the kind of authority that people that preach thing that they  know  they have.  Blessing to you.  But please I do not want to read any more of you PREACHING.  Not in this website. Like I said  before find your self a nice Christian website where people will agree with you.   You will feel much better.   Love  Tlamatini-vicente

P.S. Now if you are a Tea Party Member we have a problem. You do not listen to anyone and you will continue to bug us all.

OOPS - I meant to say Christ Consciousness, not Conscience.

I think there are many paths up the mountain, but they all lead to the top.  It does not matter who or what you worship, as long as it rings true to your heart and your sense of spirituality.  I do not believe as you do, Andrew, but I assure you I have no fear of your so-called 'Hell', and you need not fear for me.  I am a deeply spiritual person, and I believe strongly in what Vincente calls the 'Christ Conscience' but I don't need a book to tell me how to get in contact with it - I simply close my eyes, center myself, and clear my mind, and reach within, and I find that God is all around me, within me and without - I hope this does not offend, but I felt I had to say something, after reading the last few comments.  Peace, and unconditional love to you all!

jesus Christ goes beyond the truth in a world of lies.

it's very meaningful that our significant souls are here togheter discussing about theese topic.

I can hardly understand cause your details are too much expertise and my english skills can't lead me to understand at all the last comments.

but that is the point, let's find a common language: the one of kindness because caring one another is the goal.

Okay Vincente, I don't want to start an argument here but Jesus willingly went to the cross, he "laid" down his life.So in a sense yes he died for us, and yes our sins were upon him."He became sin who knew no sin."  but he ultimately gave up his life for us,  Christ name is Jesus, as a human being.Anyway that's all anitidotal, I'm not exactly sure I follow about what you mean, that everyone believed God the same, til that cover, and now after everything changed?I believe God never changes, people will change, beliefs will change, but God's deity, and character is still the same.What he says will forever be, never not be.What changes is the ILLUSION, to keep us blind, the real truth wrapped in a bunch of lies.So we have to expose all the lies to find the truth, and It's hard for our humanity to find it, cause the illusion is changing.Smoke and mirrors and building up what is deemed "spiritual" what is trendy, or popular, or the in thing, and whatever itches peoples ears.Yes I do believe there is a religious spirit in the Church today, but it doesn't change the foundation or principles and the guidelines of the faith, which I call "truth" to me.The religiosity goes way back in Jesus times with the pharecies. They were proud because they knew the law and teachings, and weighed people down with religious laws.That's not what It's about, and that's why so many people are turned off of the faith, because we have systematic belief systems and groups of people telling other people in our culture, that's wrong, the bible says you shouldn't do that.And to tell you the truth if I hadn't experianced the truth myself and found what I have, I would have said forget it man, the church is screwed up, I aint believing that stuff, some man wrote that stuff.But because I believed, and the grace of God, my life was forever changed, God gave me a heart transplant, and now I follow God's will, and a blueprint of how God wants me to live my life, and to know him, and make him known.All God asks me to do is to plant the seed, and maybe someone will come along and water it.God will do the growing, and will give the increase.Vicente I know who I am, I've been molded and shaped in God's hands as a potter to a potters wheel.No, I have found you can not change people, that's impossible, only God can do that.You can offer people the truth, suggestions and council, but God makes Himself known to the human heart.All in all, we can judge people, and say their wrong, or their not right, or that's what's wrong with the world.But God almighty will judge us all in the end, if I'm wrong then I aint got nothing to worry about.Hey I see nothing wrong with positive thinking, I encourage it, but the truth is the truth.Is it so bad to tell people to repent and turn to God, to become justified from sin to enter the kingdom?Personally I really don't want to see 4 billion people go to hell.What's more positive than receiving eternal life, and spending eternity in paradise, with an awesome spiritual body?I like AOAND because there are positive people here, and good ideas that people have, and there are truths that people posess.And I do meditate when I spend time alone with God.I just wanted to share my faith with people and the community.And share what God has shown me. -Salutations