With tenacity and invention, artist Barry Mack has built a career on the quest to capture transcendent states. The moment of glorious, blinding epiphany—whether mystical or psychological—intrigues Mack and has long fueled his creative explorations. Working in photography, digital media, and, most prominently, acrylic paint, he has deployed symbolist imagery and motifs culled from myth, geometry, and the collective unconscious, all in the search to visually approximate the inapproximable.

In the line of Caravaggio, Rembrandt, and Turner, Mack uses the drama of light to reach out and touch unknowable realms of Platonic ether.

Despite his agility in pivoting between media and modes, never before has Barry Mack given himself over so completely to the spontaneous interaction of materials with the intuition of the painterly gesture. In Natural Forces he allows these elements to play their own duet, with himself an unseen conductor, marrying muse and mind in dynamic harmony. The painter’s friend, artist Astrid Fitzgerald, recently remarked on the new series with spot-on insight. In loosening his grip but retaining his focus, she intuited, Mack has embraced an age-old dictum: “Don’t push the river—it flows by itself.”

—Richard Speer is a contributing critic at ARTnews and is Visual Arts Critic at Willamette Week, the Pulitzer Prize-winning alternative newsweekly in Portland, Oregon. The author of the biography “Matt Lamb: The Art of Success” (John Wiley & Sons, 2005), he is also a contributor to Newsweek, The Los Angeles Times, The Sacramento News & Review, Salon, and Opera News. For more information, visit www.RichardSpeer.com. 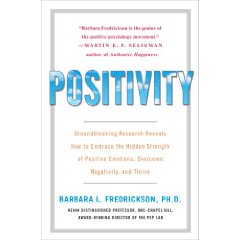 Positivity: Groundbreaking Research Reveals How to Embrace the Hidden Strength of Positive Emotions, Overcome Negativity, and Thrive by Barbara Fredrickson
Positive psychology pioneer Fredrickson introduces readers to the power of harnessing happiness to transform their lives, backed up by impressive lab research. The author lays out the core truths and 10 forms of positivity—joy, gratitude, serenity, interest, hope, pride, amusement,… Continue

Simplicity is the ultimate sophistication

Lin Yutang
Simplicity is the outward sign and symbol of depth of thought.

Clement Mok
Very often, people confuse simple with simplistic. The nuance is lost on most.

Vernon Howard
You have succeeded in life when all you really want is only what you really need.

Elizabeth Seaton
Live simply that others might simply live.

Confucius
Life is really simple, but we insist on making it complicated.


Sit down, quiet your mind, and beginning with yourself, say:

Next, focus on someone you love and say the same prayer on that person's behalf.

Then pray in the same way for a neutral person, someone you don't know.

Finally, pray for someone you dislike. In… Continue

Living in Our Right Brain is The Key to Bliss

If you haven't watched Jill Bolte Taylor's amazing presentation on TED.......I feel it's one of the most interesting, profound, relevant and important speeches i have ever seen. I know we're all super busy but I believe this will be more than worth your time. It's about 18 minutes, but is the key to being happy. Truly happy ALL THE TIME. I think it's life changing stuff.

It's based on her book My Stroke of Insight.

I couldn't get the hyper link to work, but if you Google… Continue

"The idea of "Eve" is so totally captured in the colors and the lines. You have a lot of daVinci. This is macro cosmic and microcosmic at once. I can see the dust of the astrological worlds while feeling the pulse of that tiniest of worlds our consciousness is not privy to. Again, so feminine, while almost aggressively "showing it all", in a masculine manner. And, that is a loud pronouncement of something so archetypal and unconscious, it makes us each think we are the single discoverer of such… Continue

Michele Shumay said…
Your paintings are absolutley amazing...
Affected me right to the core.
Much, much gratitude for posting your work on the members' art page.
Michele

Ron Tocknell said…
Barry, Erin mentioned your work (I must thank her for that) so I checked you out.
I feel I want to comment on each of your paintings but that could take a while so I'll content myself for the time being to making an overall comment here.

I'm absolutely blown away! Having confined myself to digital illustration for many years, I had been wanting to return to actual painting for some time as I've missed the scale of large canvasses and even the smell of the medium. You might just have booted an old procrastinator in that direction.

Erin was right. You are inspiring.

lori said…
hello,what advice do you have for artist who paint from their soul?
warm willow of autumn...