"Three keys to more abundant living: caring about others, daring for others, sharing with others."
~ William Arthur Ward

There are times in life that we run into situations where it is just not possible to plan ahead because the circumstances are outside our realm of experience or knowledge. In these times, we will not…
Continue

Interview with Prem Rawat: A Voice for Peace

This is one of the most beautiful discussions about personal peace I've ever seen. If I didn't already know the guy, I'd want to after hearing this interview. 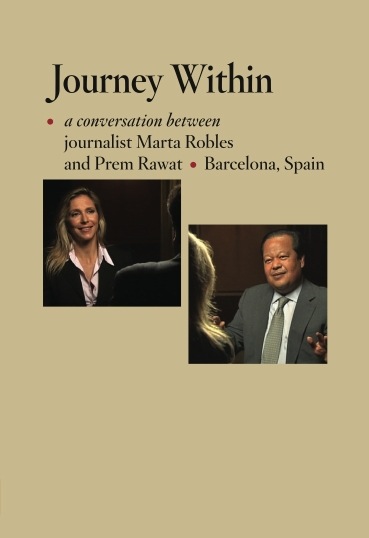 Love is the essence of your being. It is the sacred ground in which you are rooted. It’s the invisible current of life that flows through you. And, when this vital energy is flowing freely, you enjoy vibrant physical and emotional health, and remember your connection to spirit.

Does it seem strange to think of yourself as love? That may be because, not only is love both a noun and a verb, but, from an early age, you experienced love as conditional. That means it is only given or… Continue

What My Heart Wants

This is very long. My apologies but I edited it down as far as I could.

I participated in a conference call recently. The invitation was from a group I found on Facebook regarding the “soul.” I wanted to hear what people had to say and perhaps learn a few things. It turned out the call was muted for all participants except for one man who did what I would call a “guided meditation.” He asked listeners to follow certain instructions and suggestions related to relaxation and calming… Continue

~A Visit from Wisdom~ * ~ Kahlil Gibran

In the stillness of night Wisdom came and stood
by my bed. She gazed upon me like a tender mother
and wiped away my tears, and said : "I have heard
the cry of your spirit and I am come to comfort it.
Open your heart to me and I shall fill it with light.
Ask of me and I shall show you the way of truth."

And I said : "Who am I, Wisdom, and how came
I to this frightening place? What manner of things
are these mighty hopes and these many books… Continue

I think my writing of a new dawn has to do with two things: Parenting and planting our own food. Caring for Pachamama.

The Guitares Cinematiques' "Penguins on Mars" CD is released on I-Tunes!

After 5 years working 10pm to midnight....
I finished the darn CD!

Caroline Casey's Visionary Activist Radio Show is one of the best ways to spend an hour I've discovered in many a year. I've been listening to her for over a decade, and now, of course, anyone anywhere can tune in, thanks to the magic of the internet.

“ It is from numberless diverse acts of courage and belief that human history is shaped. Each time a man stands up for an ideal, or acts to improve the lot of others, or strikes out against injustice, he sends forth a tiny ripple of hope.”
~Robert Francis Kennedy…

"Commitment unlocks the doors of imagination, allows vision, and gives us the "right stuff" to turn our dreams into reality."
~ James Womack

"Never doubt that a small group of thoughtful, committed people can change the world. Indeed, it is the only thing that ever has."
~ Margaret Mead

When we assume a true commitment, all the energy from the different levels of our consciousness becomes available to help…
Continue

Welcome Hudson Leick
Celebrity Ambassador
for the House of Compassion

Humanity Healing Foundation is honored to welcome Hudson Leick as the Foundation’s first Celebrity Ambassador in the House of Compassion.

Hudson is best known for her captivating role as Callisto on "Xena: Warrior Princess" and “Hercules:…
Continue

a special thank you

to all my fans,
as a special way of saying thank you for being a fan I have posted a special song for you on reverbnation and it's free for you to download .
the song's name is "dancing to the rhythm of a dream" and was recorded a few years back for my 2nd CD ...as the story unfolds. it features Rudy Linka on guitar and Thommie McKenzie on bass. this song is not available anywhere else so I thought that this would add to the value to the song.… Continue

"Sometimes, if you stand on the bottom rail of a bridge and lean over to watch the river slipping slowly away beneath you, you will suddenly know everything there is to know."
~ Winnie the Pooh

"I try to avoid looking forward or backward, and try to keep looking upward."
~ Charlotte Bronte

Worry has never healed a body, solved a problem, brought a love back, or created a problem-free future. What worry…
Continue

Back in the day when I worked in a county detox and treatment facility, we often heard clients talking about what they wanted. They wanted to stop drinking, they wanted their family back, they wanted to stop getting in trouble because of their anger, they wanted to change their lives. My supervisor used to respond to these statements with the question "How does it feel to want?" I interpreted his question as intending to provoke a shift of focus away from bemoaning what they didn't have to… Continue

Water from Air - lets save the world! Never before has a product been offered with such mass appeal. A product that can literally change the world.

Visit this amazing technology at www.bestawg.com - if you purchase a unit then a donation will be made to… Continue

Free spirits are like fine cognac ... they just get better with age

I'm an expatriot American that's been living in Europe since the paleolithic era at the end of the '60s. I flaked around Europe for a few very long years before I settled in Norway ... I met this girl, you see.
I work now in the Norwegian Government with migrations and minorities issues. I work closely with minority communities and organizations ... a very multilingual, multicultural context that I love.
Am looking forward to early retirement the coming year ... maybe I'll flake… Continue

I though I'd use my AOAND blog for a dream journal, something that I've been hoping to do for a long time. Feel free to comment about anything. I'm appreciative for any input.

A restless, dreamless night of sleep followed by a restless night of sleep with scattered dreams. Some scenes come and go so quickly, I don't remember them. When put together, the scenes make no sense. Individually, there are messages to be read.

Stepping into a New Reality

Another great book which is keeping me sane in this economy without a regular job is "Stepping into a New Reality" by Karen Bishop. You won't find her book anywhere but at her web site: emergingearthangels.com. She has a written several books, this is her most recent. She sees/senses energy like no one I have ever read before and I highly recommed it if you want to know more of what the energtics of the planet are and how you fit into the acension process. Her email blasts every 10 days or so… Continue