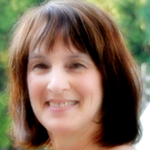 Dawn May Adams said…
Dear Linda: Thanks for the blooms, they are sitting on the dining table where everyone can enjoy them. I hope you have a good day tomorrow. I'msending Kaleb a little soft toy in the mail. I'm putting it in one of those bubble envelopes. I will try to Skype you as soon as I'm feeling up to it. I had a 4 hour diabetic class last thursday, and I've got a lot to say about that. I'm really having to absorb a lot, and changing my whole way of thinking about diabetes. If I knew earlier on what I know now, I may not have had the stroke--I'm kinda frustrated about that. No biggie, but it would have been nice to know how serious this disease really is. What I'm saying is if someone had given me a class like this 20 years ago, I could have avoided some damage. Learning lots of new things about counting carbs, etc. They have me limited to 120 carbs a day, and you know me--I'm a carboholic. LOL I think I'm getting the hang of it. It has to do with numbers, and I am not into that. I have to figure out how much fat, salt, carbs, calories, etc. for each meal. It's a lot of work. Iv'e lost a bit of weight, which is the goal. In all of the years that I worked in the nursing field--nobody ever died from diabetes. They died from, kidney failure, or a heart attack, or liver disease, or pancreatic cance--never Diabetes, until recently. I remember Dr. Inada in Hawaii told Jean after she had lost a lot of weight and had stopped having to take insulin, "Well Jean, you don't have diabetes anymore." She believed him. She died from complications from diabetes. He himself died from Pancreatic cancer. People have been lulled into thingking they don't have to worry, because it's not really that serious, and so they don't take care of themselves, or they figure that they can cure it on thier own. Kelly is kind of ignoring her diabetes and I'm concerned about that, She does so much for everyone else, and tends to neglect her health. Diabetes is kinda like alcoholism--it's not curable, but it can be controlled through diet and exercise, and taking good care of your body. I have been one of those people who haven't taken it seriously, and now I have to pay the price for my ignorance, and stubborn independence. The stroke was a wake up call, but all the doctors were more worried about the high blood pressure, and although some of them mentioned Diabetes, it never seemed like a big issue, more like a side effect to them. I believe they really haven't known that much about the disease until just recently with the almost pandemic percentage of diabetics coming along, especially in children--most of them overweight. I always thought that type two was just a matter of losing some weight, and voila--it would disappear--tain't so. I'm not worried sweetheart, just a little pissed that I wasn't made aware of the things that could happen, and can still happen if I don't take care of myself. I have developed nueropathy in my fingers and toes. I have imbalance problems, and sometimes can;t focus well. It's hard for me to concentrate, and I have to read things over two or three times. My eyes are beginning to blur a little. I have another 4 hour class next thursday, and on Friday they are giving me and eye exam. I have to say that the medical team that I have now is pretty on the ball. I have to make an appointment with a podiatrist. I read that they think now, that Diabetes is "caused" from stress--I don't doubt that a good many of our health problems are caused from stress. People are too busy rying to make it in this hectic life and forgetting to stop and smell the Chanel,(#5). :):) Well, enough for now it's 2:30 am. Have a good day tomorrow. I love you MOM

The Ancient One said…
God speaks to each of us as he makes us,
then walks with us silently out of the night.

These are words we dimly hear:

You, sent out beyond your recall,
go to the limits of your longing.
Embody me.

Flare up like flame
and make big shadows I can move in.

Let everything happen to you: beauty and terror.
Just keep going. No feeling is final.
Don't let yourself lose me.

Nearby is the country they call life.
You will know it by its seriousnes.

Give me your hand.