DEMIAN
SPEAK About how he met ARTHUR LEE & LOVE to Marlon

FROM -Marlon of the band SIDDHARTHA

ARTHUR LEE
No sweat man, he was truly an inspiration.

Tell us a bit about yourself, and how you got started and where Arthur fit into your life if you don't mind.

I showed it to him
He laughed an said "COME ON IN MAN"
(THE WHITE LIMO)
on the back of the photo he signed it
and put a hole with his pin in the back of it
ON THE OTHER SIDE OF THE PHOTO
The ball point came through the beer can
I was holding.
Mark Linn soon to be Arthur's manager
got in to the sound check and was taping Arthur
on the drums,
a fight almost broke out with Mark and Arthur
i broke it up!
the next Time LOVE came to town i gave Arthur a tape
of some of my music, i even wrote a song just for
Arthur called (NO REASON ) HE HATED IT
BUT HE LOVE THIS LITTLE DIDDY called (The Watcher)
he put on the five string serenade Lp and CD.
And the rest was history
before he died at the CLUB CAFE DU NORD
The last time he played S.F. He said and i Quote
Lady s and gentlemen this is Keith Farrish
he is the best guitar player in the world not to take any thing away from Mike Randal but at least he will let
me call him Nigga, Mike won't"
Arthur told me YOU THE ONE MAN
THROUGH YOU AND MY LAST WORDS TO THE
WORLD I WILL STILL BE ALIVE.
YOU Stood out from every one in the club, man.

I know i CAN NEVER MEASURE UP TO THAT MAN
BUT I CAN ONLY BE THE BEST ME I CAN BE.

that a little something, something for you my BROTHER
WE ARE CONNECTED
I GOT MY STAGE NAME DEMIAN IN 1976
PLAYED FOR JIMI HENDRIX DAD THAT SAME YEAR
SIDDHARTHA IS YOUR BAND NAME
I CHOSE MY NAME FROM A HERMAN HESS BOOK
I DON'T KNOW IF YOU DID OR NOT BUT YOU MUST ADMIT
IT IS STRANGE"
DAYZZZZZ IN DEED.
You can check out the review on GOOGLE of Arthur Lee and Keith Farrish live at BIMBO'S San Francisco
I am the guy he talk to through out the show.

MY Brotha
let me know what you think of some of my ramblings
i would be honored with your critique.

In a UNIVERSE RULED BY DIVINE LAW and ORDER.

WE ARE BEYOND OUR Self, that the self is beyond the beyond

3 is the holly trinity

PEACE
============================
MAY YOUR FUTURE BE ALWAYS BRIGHT.
All that surrounds you
it is as old as time it's self
All cultures celebrate this
scientist observe this
Alchemist use this
LOOKING IN THE FACE OF GOD
Is only seeing your true self
The universal self that you cannot fathom.
Can A mirror reflect it self and understand? 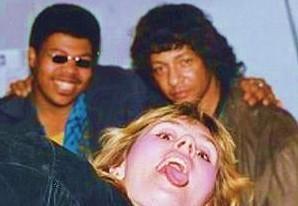