‘Exhuming’ the Social in Social Media 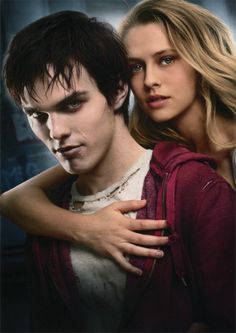 I am by no means a watcher of Zombie films, my personal perception on them is they are orchestrated to encourage low frequency perceptions in society and we see the remarkable resemblance of the ‘zombie’ characteristics in the misperceived isolation and separation people are shuffling through.

However, my son did a sneaky on me and put me in front of the film ‘Warm Bodies’.

Wow! What a delight to witness a totally different and energetically uplifting zombie film. If you haven’t seen it I would urge you to give it a watch, you will be pleasantly surprised. The concept was the cure of zombification lay in, not only the interaction with humans (this being a meaningful interaction not for the humans to get close enough to put a bullet in their head!) more powerfully in the love based interaction, in communication…in connection. The zombies termed this ‘exhuming’ life back into them.

So what the heck has a zombie film have to do with social media?! It is surprisingly significant. Here are some ‘zombe’ similarities (you may even resonate with this yourself): 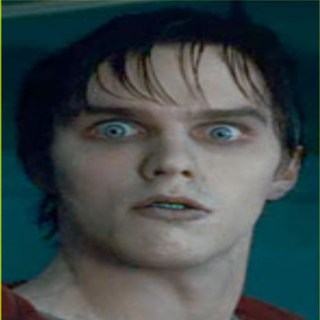 You see, when being asked about stats, algorithms, meters, I kinda respond with a blank look.

This is the natural look for your average zombie.

When asked about what social media platform provides the best financial ROI, my shoulders turn into ‘R’ the ‘shrugger’ from the filmWarm Bodies, as all of these are an unknown quantity in my day to day activity.
It has never been about numbers for me, that is not to say I don’t find them helpful or insightful, this is dependent on how consciously they are used. For me however, it has always been about people; as everything created or collaborated in, must align energetically to your highest values, to the truth and congruency of your message.

Having stumbled (get the zombie reference?) into social media through a conveyor belt of internet marketing events a couple of years ago, I experienced so much incongruence with the presenters and their messages, some were actually downright frauds.

All were still running the push and sell from the old paradigm of business, the fear based selling. What resulted was this infecting social media. Oh! Another similarity with zombies!

Now, let me make something clear, I am not an internet marketer; I am not a social media marketer or developer. I am an alchemist in the scientific field of Epigenetics, a Spiritual Science advisor and consultant. My journey had meant I began as an entrepreneur with zilch, nada (I’m sure this is very familiar to many) none of this was going to stop me!

So, as incongruent as the internet marketing events were, the positive that birthed out of them was my awareness of how it would be possible to communicate and reach across the world. Social media became my office, with my website my home base allowing my devotion to assisting people on a daily basis through my ‘Messages for the Soul’, my articles, videos and interviews. Within 5 months of starting I had 5,000 followers on Facebook, within the first year, with my online and offline articles I had reached a readership of over 25 million. I never buy followers, I don’t use any automated programmes to update my social media or source articles and information, I create the time to do this myself (appreciating as my time gets taken through global travel, I will collaborate with a conscious social media company, thought the ‘content’ will always be my responsibility to create). With my Klout score sitting around a healthy 80, it is testament to the ‘influence’ I have created.

In the advance of social media, it seems the heart stopped beating as it became less about engagement and more about turning every social platform into a selling market. This has never and will never light my fire and when you look from the scientific, epigenetic perspective, of what is going on at cellular level, you will begin to realise why.

We create our external experiences from our projection of our beliefs, this is scientific fact. When someone does not honour their value, holds the belief of being worth-less, this energetically transmutes as experiences of lack and restriction.
This might transmute as orders being cancelled, collaborations falling apart, even businesses going to the wall. This perpetuates the default fear based sub conscious conditioning causing panic and reaction, which moves people to being wholly incongruent with their highest values and purpose.

What has our own beliefs to do with social media?
Everything! Everything comes back to the quantum level; every business corporation is the sum of its people, every enterprise and every entrepreneurial venture. Energetic communication is the life blood through the physical realm, a symphony of frequencies interacting, communicating and reflecting.
Who you are, who you believe yourself to be becomes manifest in every action and word; none more powerful than…your social media.

Conscious business also includes conscious social media and where a person’s belief shows through their interaction.

Anyone who can only comment on a post with a link to their own product or service, who’s only comment is about THEM not the post’s message, is reflecting the lack of respect they have for themselves. It also reflects their need to be seen, which indicates there is internal work to be done on acknowledging their own visibility and value.

Tagging on Facebook: This can be used as a very powerful means of communication and collaboration, tagging can also be used with absolute disrespect to the ‘tagged’.

Say, you’ve been to a conference and connected really well with certain people and both parties desire further communication, to use tagging to highlight an article, research or event directly related to the connection, is creating meaningful integration and communication.
When tagging is used say on a photograph that is then tagged with 50 or more people, it is being used purely as a metric. Energetically it is reflecting the taggers lack of respect in themselves by not respecting others and ‘pushing’ their addition into the post.

So I’ve put together a few examples of how I use conscious social media:

Facebook is a main daily interaction, as when you can write and talk for England and Ireland together 140 characters just doesn’t do it!

I share important truth, knowledge and awareness, regardless of how many likes or shares I receive. I know through people’s communications there are many who look for my posts every day though their low self worth  perception makes them feel they are not in the right place to interact and I’m totally cool with that and this is why I am devoted to this on a daily basis.. This is similar with Google+ also.

With Twitter, this gives me the ability to share other people’s activities and to give shout outs to those people I feel are congruent with my values in contribution and service.

Linkedin I share interesting articles and information both from the corporate world and the entertainment world, as I’ve never been a believer in restricting truth, knowledge and awareness in any platform.

It was my introduction to Klout by a wonderful social media maven Terry Brock at a convention, which really allowed me to mould social media to being congruent with my values. Now, here I recognise and appreciate that there are heaps of figures, algorithms and such like going on in order to produce an individual Klout score (you would really have to speak with Terry about that side, it’s all just squiggly lines to me!). What I saw was a direct means of fulfilling contribution and service. 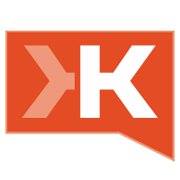 through these, I would find those whom I’d like to connect and communicate with, who I felt were congruent with my values. In the spirit of contribution and service I would shower people with +Ks, little gifties.

The great thing is that when people get gifts they are more than often happy about it, accept it and even give gifts back. They would even reply with thank you (Klout is neat in the way it makes it easy to say thank you) and this is usually done through Twitter. So already we had expanded to another social media platform and here I get to begin a conversation, well all 140 characters worth!
In the time I have used Klout , I have created connections too numerous to mention, that have spread and developed on all my other social media platforms, often creating awesome collaborations and wonderful friendships.

Did you notice there was no mention of ‘selling’ in any of my activities? When people trust your reputation and authority, they come to you.

Conscious business is contribution and service, conscious social media is very much actioning contribution and service. It is support and collaboration through the ability to be living the truth of your highest values and it becomes your greatest desire to support others in doing so. When you are congruent with your message, people recognise this and are drawn to you.

It is time to ‘exhume’ the social in social media and make it conscious and congruent with your values and message. There is so much more I could cover, I could write a book about it…

*** Video clip and photos courtesy of