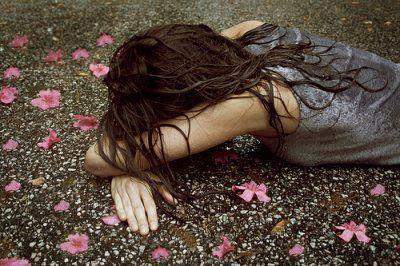 In my passion and devotion to bringing the truth of our energetic communication, I have chosen to write a series of articles on very familiar topics and uncovering the energetic nature of what is really going on, so as to enable the reader to observe this in their own experiences and understand what they can put into place to create change.

The first of these articles is about the practice of ‘Gaslighting‘, the psychological, systematic abuse of another to undermine their sense of reality and themselves.

The Gaslighting effect results from a relationship between two people: a gaslighter, who needs to be right in order to preserve his own sense of self and his sense of having power in the world. Termed as ‘he’ due to the greater number of gaslighting cases now recorded having been perpetrated by the male of the relationship.

The person being gaslighted, or the gaslightee, who allows the gaslighter to define her sense of reality because she idealizes him and seeks his approval.

Gaslighting is a form of mental abuse, in the form of physiological terrorism, that can be in subtle or profound form, in which false information is presented with the intent of making a victim doubt his or her own memory, their perception of reality and the certainty of their sanity.Instances may range simply from the denial by an abuser that previous abusive incidents ever occurred or conversations were had, up to the staging of bizarre events by the abuser with the intention of deluding the victim. 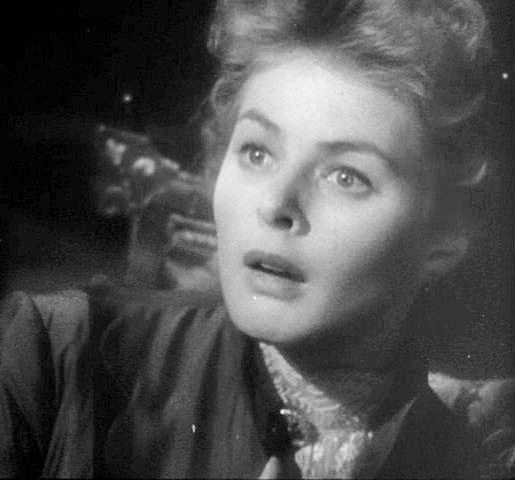 To be honest I had only recently been introduced to this terminology, though could associated it so well with much of my format years and marriage. The term was actually derived from a 1936 stage play Gas Light or known in America as Angel Street. It gained more notoriety through the 1944 film with Ingrid Bergman. Since then there have been many references to this term associated withpsychological abuse, to the point it is now frequently used in clinical and research literature. Dr Robin Stern wrote the book ‘The Gaslighting Effect’ as a means of drawing awareness to the condition within relationships and the steps that can be used to break free of them.

The gaslighting behaviour seems to happen with romantic couples more often than in other types of relationships, according to Stern. However Zain Arcane is a very vocal gentleman on this subject, with a popular YouTube series giving examples of his experiences of gaslighting and how he broke free from them.

Understanding this terminology now, for me, there has been much in my own experience that fits this bill and not just directed at me. My children were subjected to the gaslighting effect from their father/step father causing my eldest daughter to move into severe depression from the age of 7 years old and to still struggle with it some 20 odd years later.

For me, it took visiting a counsellor to be made aware that as a mother of four children the youngest under 1 year, it was not normal to also be getting my husband up every morning and putting on his socks, pants and t shirt for him. Nor was the severe abuse I had been subjected to for years which led me to the verge of suicide, that was only prevented by my instinct to protect my children.

It took just one respected, independent person to say ‘ This is not normal or caring behaviour’ to break the spell my husband had so insidiously wrapped me in for 10 years. It began my awakening and a very challenging journey to completely release myself from a fear based reality, bring up four children on my own and recreate, rewire my internal beliefs so that my external world reflected the truth of me. Through this I unravelled the energetic processes that happen within the scientific principles of epigenetics and it is now my devotion to assist and guide others to reclaiming their own self power and be true conscious creators.

So as we look at the conditions of gaslighting, we can uncover the energetic and epigenetic processes at work, allowing truth, knowledge and awareness, which in turn allows the individual to take back their power and reclaim their life.

The powerful gaslighter (this is only termed so, as they have power both because they asserts it and because the gaslightee allows them to) engages in an ongoing, systematic knocking down of the other, less powerful (or powerless) person. The objective (often not consciously done) to control the relationship by telling the gaslightee, that there is something wrong with the way they see the world or there’s something wrong with who they are.

When the gaslightee agrees with the gaslighter or allows this perception to define them, it creates over time, lose of confidence, insecurity and a withdrawal from the world, believing their ‘truth’ cannot be trusted. Gradually, the gaslightee begins to question what they thought they knew at which point they give up the power to stand in their own reality.

Now it is at this point in most articles or reports that writers begin to associate the gaslighters withnarcissistic or sociopathic tendencies. When you begin to understand the epigentics and energetic processes at work, we can see this is a false perception. In fact even the ‘labels’ for behaviour terms are still coming from a conditioned fear based society view, which is only serving to perpetuate their conditions and stigmas.

We have irrefutable evidence from such eminent cellular biologists as Dr Bruce Lipton and brain doctors such as Dr Jill Bolte Taylor that our cells take their signal from our beliefs.

The electrical impulses caused in this process are our first remnants of a vision come into being. This happens in the frontal lobes of the brain, involved in movement, decision-making, problem solving, and planning.

Again through electrical impulses, the belief process is sent to your thalamus, a mass of grey matter cells that relay sensory signals to and from the spinal cord and the cerebrum, a reality processor. It is the thalamus that dictates to the brain what it thinks is going on in the external world, so creates theby product of thought.

From the thalamus there are different areas of the brain that can get fed the information. Firstly it could send the electrical impulse thought to the occipital lobes, positioned at the back region of the cerebral cortex and are the main centres for visual processing. So this is where you can visualise what it is you desire to bring into the external world.

These impulses are then sent to your parietal lobes (either directly from your thalamus or via the occipital lobes), here is the most crucial element of the whole process. It is in the parietal lobe that an artificial construction of who you are is created. Your belief and thought come together here and create – the projected perception of your reality, in your external world.

Now there is a whole lot more going on in processes at the same time, I am just covering the very basic science here to bring you an awareness and knowledge of why then, once a belief is ‘ingrained’ into one’s subconscious, it is creating the external reality.

On an energetic level, we know that our external world is the reflection of our internal beliefs.What you believe about yourself will transmute energy into external experiences and opportunities, as the electrical processes that happen in the brain and throughout the body create your resonating frequency. This will always transmute into a mirroring frequency in your external world.

Through my own work with clients, working back on where the feelings of being helpless or worthless come from, can more often then not, be traced through generations.

Negative emotional memories are passed from mother to child at cellular level.

We hold these in and around the cells, which is the reason why, even with the best will in the world to be positive, it only takes a small, negative incident to move you back into feeling negative (our default conditioning), as it is still held at cellular level and until you accept and acknowledge this, only then can it be energetically released.

It is crucially important to begin understanding the power you hold inside and how this dictates your external world. That there is no blame, there is no guilt, there is only experience and free will choice. You can either choose to react to what you are creating and continue the cycle of abuse or you can take action by focusing within and doing the internal work. Once you can accept this, you then have the ability to clear out the internal baggage and begin consciously creating your external world through changing your beliefs. This can all be done without altercation, argument or feeding the gaslighter’s need for attention.

This process begins through observance, contemplation and meditation.

This can start with simply getting out in nature and allowing yourself to be still to get ‘tuned in’. Nature is naturally abundant and will always help in the energetic process.

Other than this, begin the regular practice of me time, time to go into contemplation and meditation; this time will allow you to identify where your low self worth, the helplessness, comes from.

In many cases, for those reading this article, you will be the first in your generations to understand the true route of cycles of abuse through the epigenetic process and it becomes your responsibility to take the stand for all your generations past and to come, to say, ‘No more! It all stops here with me!’ As you release the negative charge held in your cellular memory it is having an energetic impact on past generations and is removing the negative charge at cellular level within future generations.

To really begin to address gaslighting, without stigma, without labels; seeing this condition for what it really is, a reflection of our place of belief. A compounding of negative emotional memories, fed by the default fear based conditioning so insidiously created by society, who exerts the biggest gaslighting effect by controlling populations through manufactured fear based realities.

When just one person says ‘ This is not normal or caring behaviour’, it confirms what your innate love based intuition has always been guiding you to feel. So I stand here to say with absolute clarity, what society has manipulated, that has led to generations of psychological, systematic abuse of one person to another to undermine their sense of reality and themselves, ‘ This is not normal or caring behaviour‘, however, the power is now shifted in your favour, you have the truth, knowledge and awareness in front of you to reclaim your life.