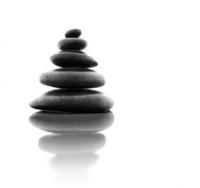 The ancient legends of the Nordic race were often practical warnings, in allegorical form, against the dangers of the world. The destructive power of nature was typically symbolised by predatory animals. The wolf was the more common symbol, but it was the dragon which represented peril on the grand scale. The dragon's favourite victim was the virgin: a fertile woman who represented the source of human life, and the continuation of our species. Just as she indicated how precious our existence was, and how easily it can be lost due to major catastrophes, the dragon represented those terrible scenarios himself.

Originally there were two worlds, one of fire and one of ice. When they became joined, the ice melted and from the water came Ymir, an enormous sleeping giant. From the sweat of his armpits a race of Frost Giants were created. The goddess Audumla had also formed from the melting ice, and she gave birth to a dynasty of gods. Three brothers - Odin, Vili, and Ve, were the first Aesir gods. They attacked the sleeping Ymir and killed him. His wounds let loose a torrent of blood which drowned all of the Frost Giants except for one family that managed to float to safety, thus saving their race from extinction. Odin and his brothers proceeded to chop up Ymir's body and from the pieces they made the levels of all the worlds. Ymir's flesh became land, his bones formed mountains, his hair grew as trees, and so on. Holding it all together was the Norse symbol for the universe - the giant ash (or yew) tree Yggdrasil. Its shaft was the pivot of the revolving heavens, and its limbs and roots spread into a variety of worlds or planes of existence. There were levels within levels, all connected and each containing beings such as gods, elves, humans, giants, dwarves and the dead.

One world was above ground, that of Midgard (Middle-Earth), the world of human beings. Below it Yggdrasil's immense roots descended into three levels: one into Asgard, the second into Jutanheim, and the third into Niflheim.

Asgard was the dwelling of the gods.

Jutanheim was an eternally-frozen land and abode of the Frost Giants; enemies of men and gods.

Niflheim, was a region of cold and darkness, the land of the dead. Imprisoned there was the fallen trickster-god Loki. Mating with a giantess he produced three monstrous beings - each of which were consequently forced into binding roles by the great Odin. Their first child was Fenrir, a huge wolf, who was imprisoned in Asgard. Hel was a woman, half alive and half corpse, banished to the kingdom of Helheim, where she fed and housed the dead. And thirdly Jormungand was a huge serpent which Odin threw into the sea, where it grew until it encircled the Earth while biting on its tail - an Ouroboros. His twisting and turning beneath the sea was the cause of storms and earthquakes. Nearby lay another giant serpent-dragon Nidhoggr, who devoured the bones of the dead as well as gnawing at the root of Yggdrasil, the axis of the world. [*]

"The ash tree Yggdrasil suffers anguish
More than men can know
The stag bites above; on the side it rots;
And the dragon gnaws from below".