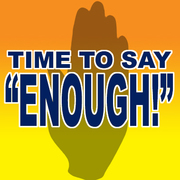 We tend to assume that, in spite of the mounting evidence to the contrary, our leaders have the best interests of the people at heart. It's way past time to question that assumption.

Why not now? 6 Replies

Do we need leaders? I have asked this question many times over the years and the answer that comes back from all but the most diehard anarchists has always been "YES". Without our leaders, I am told,…Continue

Wake up masters of the Earth! - Elisabetta Errani Emaldi's poem

Wake up masters of the Earth! Stop slavery exported in the world from countries lost between the lands of the desert. Stop you jackals mercilessly who exploit and abuse of your hungry brother,…Continue

Is simply 'not being the problem' enough? 12 Replies

I have been thinking hard about what Tes and Carlo Ami has said and I cannot disagree. We must take a positive approach and focus on what we want rather than on  what we don't want. I don't know…Continue

You need to be a member of Time to say "ENOUGH!" to add comments!

Also check out the above group. We seem to be on a par.

Comment by Digital Publishing Entertainment on July 14, 2010 at 7:59pm
Will The Oil Disaster Bring Down The
Obama Administration?
By Dr. Tom Termotto
7-14-10

the FYI Gulf Oil Disaster News & Communication Network Is Calling Out To The World... Please Take Action With Us...
http://fyi-fladotcom.ning.com/

Comment by Ron Tocknell on July 14, 2010 at 6:42am
Please take a few moments to read the discussion: Why now now?
I would be interested on any feedback.