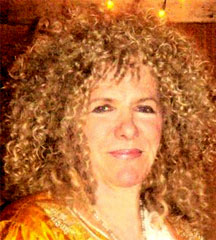 The SOUND CURRENT - My dedication is to assist in uplifting consciousness through music, multi-media, sound and light. Since Sound and Light are the original manifesting energies behind creation, we do our best to emulate this cosmic blueprint.

MAGIC & MULTI-MEDIA - The magic of music started at age 8, with the first public performance on piano at 12 performing the classical masters.  Immersion in the arts followed, painting, sculpture, album recording, multi-media events, concerts. In the 70's a multi-media event, "SPACE MASS," was presented in Greenwich Village, NYC. A Sound-Light group formed and toured Planetariums, the Museum of Modern Art, UN Sculpture Garden, Lincoln Center for the Arts, etc.

GRAMMY NOMINATED - In the 80's the groundbreaking album "NOVUS MAGNIFICAT - Through the Stargate" was nominated for a Grammy.

LUCAS SKYWALKER STUDIOS / DISCOVERY CHANNEL
The Sonic Steel Space Bass, an original design, has been recorded by Lucas Skywalker Studios for use in their film scores, and filmed in Barcelona by Discovery Channel for their specials.

I'm delighted to be here and connect with such a wonderful, varied, talented, creative group. I look forward to creative collaboration -  together we can and we will make a positive impact!

Thea Kynthia said…
I have always loved your music, its taken me to altered states when I paint. I met you years ago at a Whole Life Expo when I put together a show of Visionary Art. Then a few years ago I was talking with you and Sophia at another expo. I send you Love and Appreciation for the Wonder that You Are.

The Ancient One said…
(From A Fairy To A Child)

Lady dear, if Fairies may
For a moment lay aside
Cunning tricks and elfish play,
'Tis at happy Christmas-tide.

We have heard the children say -
Gentle children, whom we love -
Long ago, on Christmas Day,
Came a message from above.

Still, as Christmas-tide comes round,
They remember it again -
Echo still the joyful sound
"Peace on earth, good-will to men!"

Yet the hearts must childlike be
Where such heavenly guests abide:
Unto children, in their glee,
All the year is Christmas-tide!

Thus, forgetting tricks and play
For a moment, Lady dear,
We would wish you, if we may,
Merry Christmas, glad New Year!

The Ancient One said…
But there is a spirituality that is more like a lowly emanation from
the most humble and earthbound things; that of a particular house,
a garden, a neighborhood, a grove of trees, a pristine beach, a holy
well, a field of wheat. Here spirituality is indistinguishable from
enchantment, for in an enchanted world the things of nature and
even of culture reek of holiness. Enchantment is nothing more
than spirituality deeply rooted in the earth.

mary rose said…
Dear Constance, How wonderful to find you here on AOAND and to make your music known on this venue.

with love and appreciation

Robert Wilkinson said…
Hi CD - Robert here. Just found out about this site from another friend, and so of course had to join. I know it's been a while since we last emailed, so this seemed the perfect time to reconnect, given the tides of the times.

Lindee Brown Larsen said…
Let go, release it all, surender and trust True Source's Love to hold us all---

May we always feel True Source's' love deep within our hearts.

So close your eyes, touch your heart, relax...smile...and enjoy!