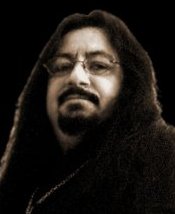 Ego and The Ids

Portland, Oregon – June 8th 2010 – Two years after their wildly popular Almost Masons, Ego and The ids is about to release it second, long awaited album Another Sad and Bizzare Chapter in Human History.

The album features the handy work of Gerald del Campo and Delonde Bell, who have been collaborating musically since 2002 when they played together in Portland's goth band Once in The Sun. Another Sad and Bizzare Chapter in Human History is based on the Arthurian legend and includes… Continue

mermaid sutra said…
thank YOU ~ for accepting my request.
I was visiting someone else's page to leave a message,
and I saw your word " Love is the Law "
that was very simple & powerful, I had to visit you :)
and your music is so beautiful.
thank you so much for connecting with me !
have a beautiful sunday ~ Meta said…
ThankYou! is that Your music ?? I was drawn right away to out of time.. they all are wonderful!
may I add You as a Friend?
Meta