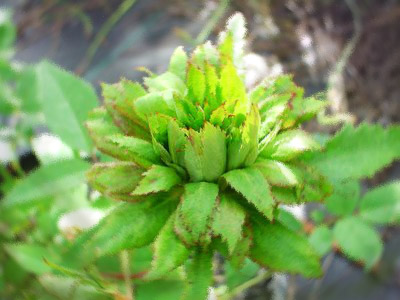 Isn't it amazing how much a friend can help and get us further! Just by asking the right questions, saying the things that our souls are longing for. Sometimes all that we need is the someone who would believe in us, in what we're really capable of.
Here's one story:
The good friend of mine, Rein, had tried to call me yesterday. But as I was at work then and I did notice it in the middle of the day today. So I called him back. I had not seen him for more than a year already. About two years ago I wanted to get one very specific rose called Rosa chinensis `Viridiflora`. This rose was introduced already on 1856 and has very interesting appearance. Here's the paining of it I made on 2007: 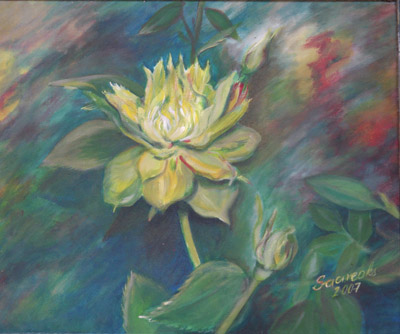 He had also made the two other green roses for me and refused to take the money for all of these three roses. He said it is a gift and that I have made him nice paintings before. But he did gift me the roses already before too! We also talked about the Rose Club meeting that he is gonna arrange and many other things. I felt that so much of the pains from the past was healed in me just instantly. I still tried to pay at least something, but of no use. He just said that maybe I'll paint some more paintings to see one day:-) I guess I will, how can I not to. Maybe some better paintings from the green beauties as well.

I feel so blessed and lucky to have so many wonderful friends! I feel truly grateful for all of you, friends, here too! This little story just represented how beautiful it is to be touched so deeply! A few nice words can really be like a miracle. Much love for you all!
Thank you! 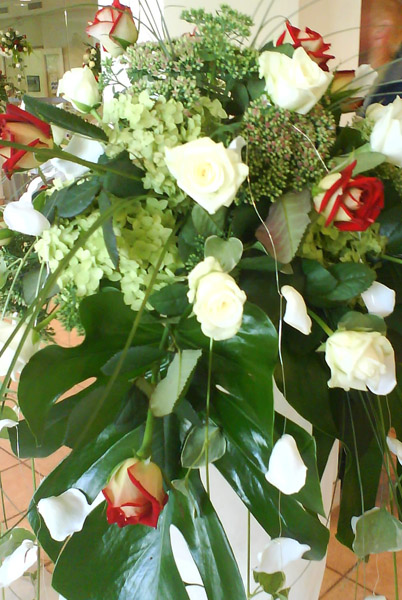 The picture of the Rose Festival in Põltsamaa