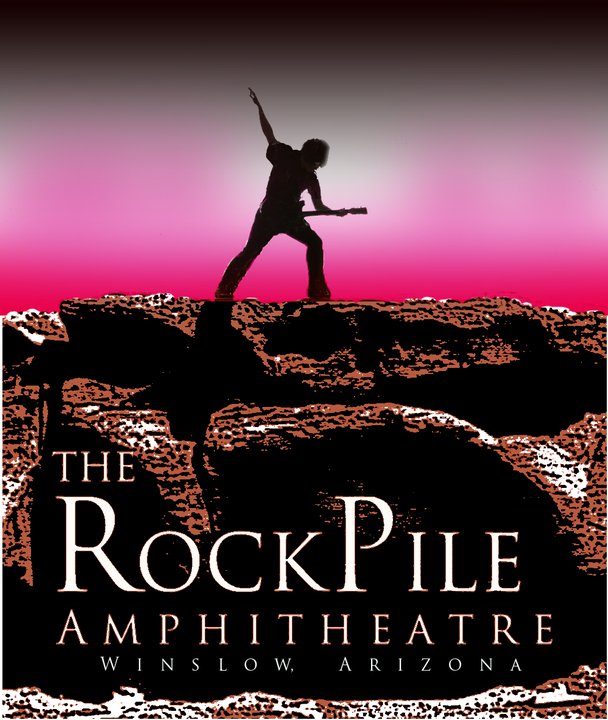 Our region is listed as the second most economically depressed area of the nation. It is our hope to provide a solution to this problem. March 2009 three of us purchased a 17.82 acre parcel of land…Continue

Started this discussion. Last reply by Douglas Kilburg May 28, 2011.

I'm glad you could drop by.

Hopes and Works for the Future

My photo is with "The Sisters". They are handcarved drums that were cut from the same log, and are nearing completion.

Our region is listed as the second most economically depressed area of the nation. It is our hope to provide a solution to this problem.

March 2009 three of us purchased a 17.82 acre parcel of land southeast of Winslow at Clear Creek. We each decided to set an acre aside for the arts. What we then discovered was that we had just purchased a natural venue of amazing scope. I contacted the seller who still owned 118 acres across the road. He jumped in the mix, and the project began.

After a close examination of the RockPile Amphitheatre we discovered that we had over 10 acres of main seating, and 20 acres of auxiliary seating. Few venues boast as much seating, and a big plus was the view. It's absolutely phenomenal, especially from the stage.

We began having Saturday Night Campfire Socials, and contemplating where we would like to go with the project. Information flowed, and with it a cohesive concept began to manifest itself. The more we networked, the more the concept was revised. At one campfire Al Jackson showed up. Al was Ray Charles Music Director of twenty years. As he stood atop the rock formation on the south end of the property he exclaimed, "I've been around the world ten times with Ray, and I've never seen anything like this." Al is still offering help and advice on the project.

The RockPile Amphitheatre & Promotions, LLC was founded, and the Clear Creek Association for the Arts, Inc. (a not for profit) was developed. From there we began planning, and we do mean planning green.

None of us had any money for development, but God stepped in and everytime we needed something it showed up. The Amphitheatre was solid bedrock, and in the summer time the heat index was incredible, even though we are in the high desert. We knew we needed to grass the seating area, but the amount of material it would take do this was astronomical. In places it would have to be over four feet deep. Oddly enough a place in Winslow had to move a huge pile of material, not just dirt, this stuff was soil. I spoke with a guy and two days later they started running semi loads to the property. Heavy equipment showed up and started leveling the piles of soil. Someone had to dump broken up concrete and we said dump it out here. They jumped on it, and we got what we needed for building retaining walls.

We contacted a well driller, and arranged for a number of wells to be drilled at the same time. Everyone saved $800 apiece on the deal, and the RockPile ended up with the best drinking water in the entire area.

More heavy equipment has been promised for the rest of the work we need to do in order to plant grass in early spring. By early summer we will have a lawn across ten acres of land, all of it on material that was brought in, and be ready to accommodate events.

We began laying out the stage area atop the rock formation on the south end of the property. The front will be over 87 ft. wide, and it will be over 50 ft. deep. It will be an expanse that is viewable from 360 degrees if needed. By utilizing the surrounding property it could be a viable concept, and would open up a venue capable of handling hundreds of thousands of people.

This dream will bring change to Winslow, Joseph City, Holbrook, and Navajo County. Not only will jobs be created, but the myriad world class artists and artisans of our area will have a vehicle to promote the arts. The reservation lands to the north are filled with native art of incredible beauty. Things here will change.

This is by far the most miraculous project I've ever been associated with. We hope to institute a few annual festivals, but the first is going to be an International Festival of Peace and Freedom. Our goal in this matter is to bring cultures together, and through the arts build bridges of unity. This will be a week long event highlighting concerts, artwork, and cultures unlike anything ever seen. It will be an opportunity for children of peace to gather and commune. Freedom is a child of peace, peace is a child of acceptance, acceptance is a child of love. In this life all things worthwhile spring from love. This is the message we hope to sponsor.

At the RockPile we are not concerned with wealth. We only hope to live comfortably, and to do good works. Much of what we are about is creating good will, and furthering the work we believe we are destined to do. God gave us this opportunity. We must be responsible for what we have been given.

There is still room for growth around us, and as the funds become available we intend to address our expansion as much as possible. I as an artist I hope for change. I embrace it with every breath. I have learned that nothing is impossible, and so, I dream.

Tickets for the Clear Creek Festival for Peace and Freedom are now on sale at reduced price for a limited time. If you're on a limited budget the time to buy is now. $25.00 per day, $65.00 for a three-day pass (can be used for any three…

Just a few miles outside of Winslow Arizona sits scenic Clear Creek, McHood Reservoir Park, and "The RockPile Amphitheatre". On September 2nd through the 11th a most unique…

An Event to Remember...

THE FIRST ANNUAL CLEAR CREEK FESTIVAL FOR PEACE AND FREEDOM

The Festival will be broadcast on Peace Day TV, the United…

The RockPile, at Clear Creek, Winslow Arizona, will be hosting this event.

Mandy Leng said…
I tried to send a message replying to the Hopi message, the "send" feature doesn't seem to work, I apologize if you already got this message though. You originally said we would be able to have booths there right?

Your work really is amazing, thank you for bringing it to my attention.

Oh, and good luck with your Rock Pile...great name btw ;)

So nice talking with you...thank you

Hi Douglas...just stopping by to say Hi ~ hope you are well and life is treating you good...Be blessed 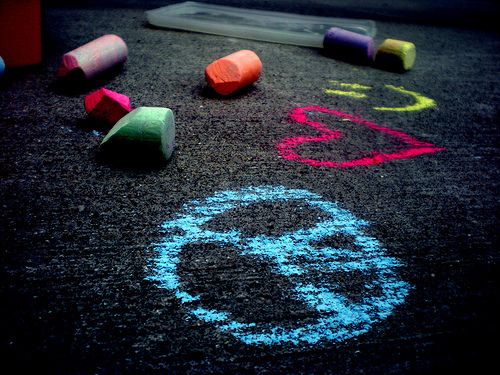 I am so glad to hear that things are moving along with The Rock Pile.

I am looking forward to getting there later in the year.

Garry Jackson said…
Hello Douglas;
Nice to hook up with you here. I hope to get involved with The Architects of a New Dawn and watch as things come together. I would love to perform at the festival as well.
Best wishes; Garry Jackson

Vicente N. Carranza said…
Namaste -----Good work Douglas, love what you are doing. You yourself have a good Aura. I have been drumming off and on for about 20 years with a drum circle (its gone now). Some times I do it myself in my back yard. My drum is not for a drumming circle, it is a ceremonial drum. It is a sacred drum and I can not use it just for anything. I have tried several times to make a drum, some what like you are doing, but smaller. I live in South Texas and the trees we have after you cut them down in about six months they slowly start to decay and become powdery. What is the chances of getting a piece of a tree from you area and how much would it cost me. Am not an artiest or carver but when I want something I can do it, I think -:). Where is Clear Creek. Do you live where Eagles live. I know that if you do not have a BIA card it is illegal to have an Eagle or any parts or feathers but I would give anything to have an Eagle feather. Spiritually it would mean a lot to me. Also for my soul. Keep up the good work. Douglas I have been waiting for someone to get something started on-line but no luck. Soon I will put myself on the line and see if I can go pass all the negative comments and start a discussion that will help us deal with the coming future. Tlamatini-vicente carranza

Chris Anderson/Onefeather said…
Thanks for the add Douglas!!!
Have a brilliant Holiday season :)~
Blessings
Chris~

Alan Moore/Musicians for Peace said…
I will be going through Winslow in two weeks and can visit you What is your site that you want me to see?