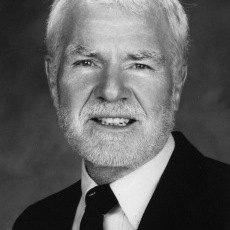 It should be clear that the economic systems of the world must be fundamentally improved.

We are pleased to introduce to you a

Democratic Socioeconomic Platform, in search of a Democratic Political Party.

The defining documentation and developmental discussion of this Democratic Socioeconomic Platform are now available on the website of the Center for the Study of Democratic Societies, which you are hereby respectfully invited to (re)visit.

The Contents of this 2-Part Democratic Socioeconomic Platform are as follows:

A Democratic Socioeconomic Platform, in search of a Democratic Political Party

It seems a different country about this glorious globe experiences/undergoes a “crucially decisive” election practically every few months. Not that many (any?) countries about this polluted planet ever approach, in any meaningful sense, the ideal (whatever that is) of a democratic society.

Then, of course, there is the matter of “Who is eligible to vote?” and the matters of “Who says so, and why?” There is the very wide variation in the confidence of the meaningfulness of participating in some or any particular political process in order to help realize peaceful, just, appropriate and desirable personal benefit, as well as equally farsighted overall societal benefit. And there is the matter of the quality of the questions, even if to be decided democratically, proffered by many contemporary politicians, political parties and political processes.

And all the above is regardless of considerations such as the magnitude, frequency and extent of the accidental as well as intentional alterings of any supposed democratic voting process outcome by strategically placed technological capability employing a wide variety of ingenious new inventions, as well as all the old tried-and-true traditional ploys of vote intimidation, shaving and fraud.

In those relatively fewer situations where a large majority of the eligible voters, which in turn make up a large portion of the “adult” population, vote for the same person or plan, it can be assumed, or at least strongly suspected, that the society is either doing something very, very good (relatively speaking) or experiencing something very, very bad (in an absolute and no-doubt painful way). More frequently, the latter situation prevails … (continued at)

Introduction to a Democratic Socioeconomic Platform

The purpose of this Democratic Socioeconomic Platform is to put forth a new, fundamentally just, democratic and systemically consistent political platform capable of, when democratically implemented, satisfactorily resolving or significantly reducing a wide variety of contemporary serious societal problems, as well as effectively enhancing the General Welfare of All Citizens of a Democratic Society.

Socioeconomic Democracy, which is the essence of the proposed DSeP, can be viewed as engaging in Transformational Politics, that is, an evolutionary politics that consciously, openly, honestly, forthrightly, publicly, peacefully, democratically and successfully works to realize Synergetic Inclusive Societal Improvement. It will be seen that Socioeconomic Democracy contributes significantly to the Positive Empowerment and Healthy Development of all Participants of a Democratic Society.

Specifically, Socioeconomic Democracy (SeD) is a theoretical and practical socioeconomic system wherein there exist both some form and amount of locally appropriate Universally Guaranteed Personal Income (UGI) and some form and amount of locally appropriate Maximum Allowable Personal Wealth (MAW), with both the lower bound on personal material poverty and the upper bound on personal material wealth set and adjusted democratically by all participants of a democratic society … (continued at)

This particular episode in the continuing discussions of the specifics of Socioeconomic Democracy and a Democratic Socioeconomic Platform is devoted primarily to encouraging and expanding awareness and appreciation of the very wide ranges of possibilities when considering and democratically determining the locally appropriate, societally acceptable, desirable and desired bounds on personal material poverty and personal material wealth, as suggested by Socioeconomic Democracy.

The current startling and somewhat spectacular global economic implosion, the painful, unjust ramifications for literally billions of “ordinary” people simply trying to live a meaningful life, the “necessary” further neglect of those already too neglected, and the increasing demand for fundamentally improved economic systems everywhere, all emphasize the necessity of a critical and detailed consideration of various possible specific numerical values of the societally tolerable bounds on personal material poverty and wealth. The alleged popularity and desirability of democracy, whether sincere or not, allows for and facilitates this exploration of possibilities … (continued at)

These intimately intertwined problems include (but are by no means limited to) those familiar ones involving: automation, computerization and robotization; budget deficits and national debts; bureaucracy; maltreatment of children; crime and punishment; development, sustainable or otherwise; ecology, environment, resources and pollution; education; the elderly; the feminine majority; inflation; international conflict; intranational conflict; involuntary employment; involuntary unemployment; labor strife and strikes; sick medical and health care; military metamorphosis; natural disasters; pay justice; planned obsolescence; political participation; poverty; racism; sexism; untamed technology; and the General Welfare. Below are sketched some of the desirable impact of Socioeconomic Democracy on all these serious societal problems … (continued at)

Thanks for joining us Robley... interesting page... I will check it out