The Way To A New Future

I just returned from Homeless Connect Day in San Francisco, a huge event attended by more than 2,400 homeless people searching for help. I had the opportunity to talk with some of them and hear what they had to say, what they felt and how it is to be without a home.

When I read about the economic criminals on Wall Street and their servants in our governments, I think of the homeless people, the people I meet on the street. They are the… Continue

An exercise for the TMJ

These exercises are performed sitting

Place the soft pads of the middle fingers vertically on the sides of the head right in front of the ears, and the index fingers just behind the ears. Slowly open and close the mouth while paying attention to the changing shape of the joint of the jaw underneath the middle finger tips. Do not apply any pressure. Perform the movements a few times very slowly with the eyes closed. Allow awareness to circulate inside the cavity of… Continue

The Dark Side of the Moon

THE DARK SIDE OF THE MOON

In July 1969, Apollo 11's Mike Collins found himself circling the moon many times in the Command Module while Neil Armstrong and Buzz Aldrin were transported to the moon's surface in the Lunar Module. They then spent time there walking on the moon and doing various activities as they were required to do.

Take a bit of time to absorb each instructions before incorporating the next.

Lying down, find a comfortable position in which you can completely let go, into stillness. Use as many pillows as you wish. Begin by releasing all nerve and muscle force of the jaw, down and very slightly back, and turning the tip of the tongue up toward the palate.… Continue

How to Stay Open during Times of Change

One of the keys that I have found helps me immensely during periods of change, is the ability to surrender to what is, no matter how unsettling it may feel. I simply allow the situation to become part of the greater plan. I remain flexible and shift gears if necessary, perhaps revaluating my immediate goals and how I am going to achieve them.

I have also come to realize that a new level of flexibility is required each time I make a decision to grow. Once change has begun, it triggers… Continue

Hi All! Yesterday I posted a discussion on "Day of Doing Nothing". The response from everyone of my.ning networks has been great and I am inspired to take the next step. I am writing to all friends and subscribers to my You Tube account "Devimariamne" to get the word out that November 3rd to November 5th 2009 be proposed for this event. Please check out the discussion and let me know if you can assist or are drawn to get involved. Be-In, Love Devi… 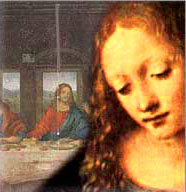 I invite people to visit our web site...MVFR.org. We are a group of family members of homocide victims and of executions who are against the death penalty. Our role in the abolition movement is to tell our stories. MVFR's strategy is to partner with active state groups and lend our voices to counter those who say we need the death penalty for victims' family members. Our voices were heard by legislators and governors in New Jersey and New Mexico, states who have recently repealed the death… Continue

People tend to think of their cognitive brain as the source of their intelligence. Our society has devised highly structured IQ tests to measure "intelligence" and our educational systems focus pretty much on left brain thinking. Perhaps emphasis is on the superiority of logical thought because it can be manipulated more easily than emotional intuition. Or maybe the reason most people believe that logic is more important than emotion is that we don't understand the connection between the… Continue

"Knowing others is intelligence; knowing yourself is true wisdom." ~Tao Te Ching

I am posting an article I found on Mayanmajix.com. I resonated with the idea and thought that this was something that needs to happen. The article inspired me to get this message out to you all to see if we can do something to assist humanity in the most effective way of transformation. This could be the ultimate in a Ghandi way of a peaceful sit in to let the powers that be know that we are done with all this nonsense. Please join in and bring your thoughts and energy to… Continue

WORD FOR THE DAY(gratefulness.org)
Wednesday, Oct. 28

May the sun bring you new energy by day,
may the moon softly restore you by night,
may the rain wash away your worries,
may the breeze blow new strength into your being. 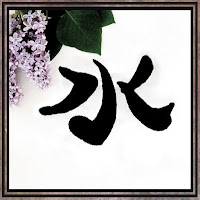 this planet is also said to be a water planet. water is… Continue 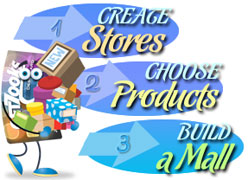 Greetings, I am the architect of the GetZooks Global Social Affiliate Marketing Club designed to serve individuals, businesses, communities and charities so the may prosper from the new global economy by leveraging computer technology. We launched our Individual Sales & Charity CyberMalls on September 21st… Continue

Mirror the Divine with Everyone

If you look at every human
being as a Divine mirror,
you will know yourself
and
understand life.

As retail and manufacturing jobs are lost in the industrialized world, more people are being forced to migrate to the information economy made possible by the Internet. There are hundreds of online businesses these days, most of which have an inherent barrier to success because they require people to refer friends, purchase products monthly, or sell a specific product line such as pills, travel vouchers, or the like. Now a new business has been launched that does away with these barriers, and… Continue