the most valuable audience is the theater of your soul...

don't wear the dress/cloth people want you to wear.

the universal tune is only one....many paths many melodies

ask someone else, be aprreciated by the right ones

don't miss your first lessons. Be the teacher in the last lessons

happyness that you can barely contain

appreciate what others do for you but do as much possible with your own strenght.

The power of change to your life

When you stay in reaction

You stay in fear and contraction.

When you recognise your belief reflection

Recognise YOU create every experience

As a mirror to your place of being

You can then learn from…

Realizing the Peace of Nothingness in Meditation

"If you throw a rock
at something solid,
that solid thing will be damaged, it will be hurt.

But if you throw a rock at air,
the air is not damaged nor hurt.
The air is unchanging.

Intuition is the bridge…

From you as consciousness

To you as physical

Only in letting go of fear

Do you surrender into communication with it

Your life takes on purpose

When you make the choice

To not compromise your values

To compensate for others place of lack.

You life takes on passion

When you make the choice

To live from the truth of those values.

That choice will be made

When you value and honour

From a Recent Satsang: Story of Buddha and the Nature of Shakti 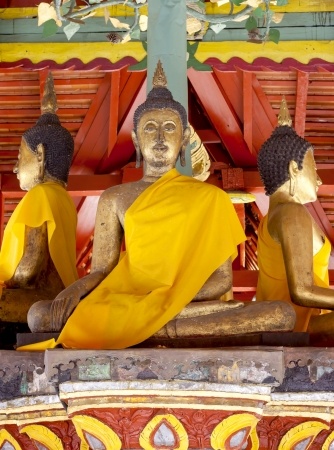 he was just silent.

He didn't say anything.

And the story that I heard…

Did you know St Patrick was born in England and taken to Ireland as prisoner in a raid. He was imprisoned for 6 years. After escaping Patrick was to return 15 years later to Ireland as a minister.
He set out to incorporate traditional rituals in teaching Christianity so as not to eradicate traditional beliefs. Patrick made a union of traditional and Christian by superimposing the sun, a powerful Irish symbol onto Christian cross. The Celtic Cross…

where have we been in the last 16 years?

I had been watching HER for some time.......on this exact day i gave HER a love letter.

I HAVE MANY ABILITIES, I KNOW THINGS…

It just occurred to me that when I examine myself in my behavior and introspection of self why do I see myself as special or think highly of myself in comparison to others?I seem to have a false sense of humility.It's funny because I have bypassed this conviction of being self important.I complain about bad feelings and enduring suffering when in actuality it is part of the human experience.I don't need to ask why God is allowing this or that to happen or why this is happening to me, when…

Let me introduce you to Kenny Thompson. A family man living in Houston Texas, who is devoted to helping children to their true potential, by volunteering as mentor and tutor at his local Valley Oaks Elementary School. Kenny works a regular job and has been saving up to by some new pair of Doc Martins for work. What makes Kenny extraordinary is the fact that…

Love awakens the illumination of our experiential journey

How to Witness Your Thoughts in Meditation

"How do you witness this moment?

By allowing it to be exactly as it is.
You do not get involved with it, dramatize it, analyze it
or try and change it.

You just let your experience
be as it wants to be in this moment
and in that allowing,
naturally there is awareness.
Witness consciousness
reveals itself in that…

No other word seems to irritate, provoke or enrage one more than the word NO.

Most often, NO is probably used appropriately.

Your strength is not in following

Others perception of you.

Your strength is in following

Knowing beyond doubt its communication

is always guiding you

To your highest purpose.

When you surrender to this

Did you see this amazing documentary? )))

Did you see the full-length documentary about eco-village of Kin's domains? ))) Please, enjoy, Rodnoe, film1: http://www.youtube.com/watch?v=9XtRYmu2otA
Your support would be much appreciated - purchase a high quality copy - http://www.spaceoflove.com/rodnoe_1.htm - digital download available. The continuation, Rodnoe,…

An impromptu Interview with the most recent resident on his moving day; A Halfhand Nation Exclusive.

The sun was a seldom seen anomaly on this mid February afternoon. I squinted at the…

This is an excerpt from a recent satsang.
You can hear it by playing this youtube video.

"You can get to that place where
there's just the purity of consciousness.
It's completely clean.
There is no 'you' allowed in it.