truth speakes also in the silence

it is often when we feel that we can no longer cope, the end is near and change is just around the corner.

Franklin D. Roosevelt: When you come to the end of your rope, tie a knot and hang on.

Gratitiude for the Gift of Life

Gratitude for the gift of life is the primary
wellspring of all religions, the hallmark
of the mystic, the source of all true art....
It is a privilege to be alive in this time
when we can choose to take part in
the self-healing of our world.

UNFORTUNATELY THE FREQUENCY NEEDED TO COUNTERACT CARBON EMMISSION IS 14 GIGAHERTZ THE EXACT SAME FREQUENCY OF SATELLITE AND DIGITAL TV.IT IS PROBABLY BEING BEAMED FROM THE WRONG PLACE(i.E..SPACE)IT IS ON THE 29TH OCTAVE 23 OCTAVES UP FROM CALCIUM.SO BASICALLY TURN OFF THE TV AND DRINK A PINT OF MILK A DAY!!PLEASE PASS THIS ON FOR STUDY!

The Heart Is Your Higher Intelligence ~ from "Love Without End, Jesus Speaks" by Glenda Green

An extract from LOVE WITHOUT END, JESUS SPEAKS by Glenda Green. pp 155-163

Glenda is in a personal conversation with Jesus here.

While I no longer subscribe to the concept of "god" being a parent/father/mother, nor of a specific gender, nor do I adhere to mySelf as "a child of God", I found this article/extract contained profound information assisting the understanding of the sacred heart space.

In the beautiful language of the Diné, “Hózhó jí” means “The Blessingway”. There are a multitude of chants that the People use for a variety of functions, but the most common and universal chant ritual sung over a person or location is the Hózhó jí... the call for blessings, the call “for good hope”. 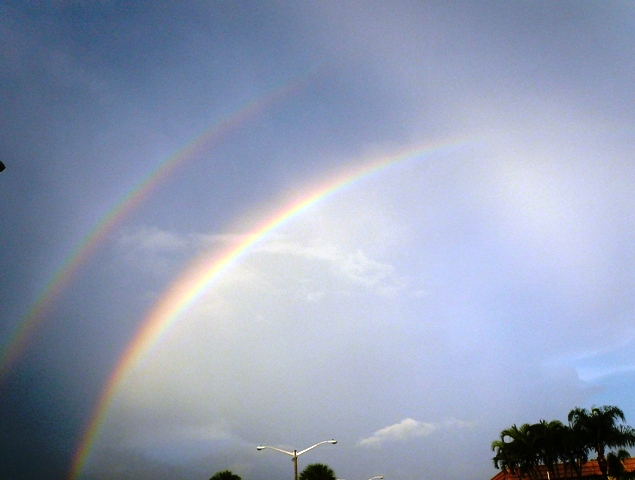 The Greatest Love Story Ever Lived ~ To Be Continued

THE GREATEST LOVE STORY EVER LIVED ~ TO BE CONTINUED

It's all been the greatest love story ever lived and it is only getting greater! This perceived illusion of fear-based living of duality and separation, is based on the greatest Love imaginable. We each chose it. We each lived it. That has got to be a perfect love story! That is Love.

The Temple of Soul o' Man

THE TEMPLE OF SOUL O' MAN

As we move deeper into the greatest universal consciousness shift ever presented us, one can feel more and more the purification of the temple housing One's SoulSelf.

In so doing, transforming the personality residues is a priority and alone is where I wish to be to do so for I propose to work from the bottom up and not from the top down. My understanding behind this is that a house is built from the foundations up and not from the roof down… Continue

How Do You Explain Love? --The Trilogy

How do you explain love?
Every time you look into that special someone’s eyes
You experience everything you’ve been longing for.
What words can you use to explain it?

Are there any words that can be chosen;
What words need to be spoken,
To describe the wonderful pleasures felt
As our bodies lie entangled together.

On sweet zephyr breezes or stormy gales, the herring gulls fly, wings flapping in practise flight then gliding along the top of currents… Continue

Once there sat a small life saving station by the sea shore of a small fishing village. The rough currents and the rocks that surrounded the opening of the port damaged or wrecked numerous ships just off the coast. The stranded and scared travelers would jump into the cold dark water and swim for their lives as their damaged ship slowly sunk beneath the raging waters of the unforgiving sea. Because of all the lives that were lost to the sea, one of the villagers decided to build a life… Continue

The Splash Felt Around The World - An Allegorical Fish Story

Jackie and his brother, Stephen, had grown up fishing in the various creeks, ponds, and lakes that populates the Bibb and Perry county area. While growing up in Marion, they fished at Shady Grove Lake in Bibb County with their father and grandfather. Now grown, Jackie and Stephen often traveled over to Lakeland Farms. They spent hours fishing on the numerous lakes that characterize the large dairy farm.

Jackie Brandon decided that he had… Continue

How happy are you?

The pursuit of happiness…

With the new moon in cancer yesterday brought in was the energy of nurturance....Self tending, Self caring, Self support, Self love and so on.

In such a space one feels safe and secure, trusting all is being cared for and feeling the universal support of all of life.

What better way to be in these times of personality transformation currently evidencing itself everywhere on the planet. In the solitude of Self's own sacred space there one finds… Continue