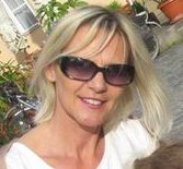 Great to have a new friend.

I am the Founder & CEO of A Celebration of Women, and would love to hear more about YOU. Please feel free to peruse our website, and check out our WOMEN of ACTION. Celebrate spiritual leadership....I love it! May I coin that phrase on my site sometime, and I will credit you....

I personally love what is being done here on ARCHITECTS, and have even added
this badge to our website homepage.

Oh, while I think about it, please join our group here, register onine for our EZINE NEWS, : A Celebration of Women.
Namaste.

Brent N. Hunter said…
Good morning Babs! I wanted to leave an inspiring message for you to start your day:

Michele Peiffer said…
Thank you for introducing me to your community, Babs. I am blessed to have found so many like-minded people who share the desire and vision to make the world a better place. I look forward to hearing what everyone has to contribute.
Have you ever known anyone from the state of Delaware? ;)
Michele

Bruce H Lipton said…
Hi Babs,
Thanks for making contact! I am truly excited about being a member of this forward looking community. I have a new book about the "new dawn" called Spontaneous Evolution: Our Positive Future and a Way to get There From Here. This book will be released in the German edition by Koha Verlag in the next week or two. Hopefully the topic may be of interest to you! In appreciation, Bruce.

Richard Lukens said…
Hi Babs... nice to meet you here... thanks for the friend request... hope all is well with you...

Wendy DeMos said…
Love the eye you bring to your photos.
And love your dog too!

Irene Brautigam said…
Hello Babs
Thank you for your kind words about my book. I am sure you would enjoy it and I am very pleased with the reviews it has been receiving. You can order your copy via the website at www.passionbetweenthesheetsoflife.com. Send me a quick note through the website and I will be sure to personally sign your copy.

Jeanne said…
Hello Babs, Thanks for the friendship and for stopping by and leaving the link to that beautiful and unusual place... maybe in Germany? I tried using an online translator to determine what kind of place it is and where, but wasn't very successful. I'm wondering what kind of materials were used in the construction. Thanks for the friendship. Metta, Jeanne

Felia de Luna said…
Thanks for the add Babs, it is wonderful to meet you!
Brightest Blessings
~*~ felia