"Our Lives are Orchestrated by Us"

As an Intuitive Life Consultant, I work with people on a daily basis who come to me when they are in pain and confused. They question why their life is not working, what they are doing “wrong”, what is their life purpose, why do bad things happen to good people, and why certain people come into their lives. Feeling punished, they seek my guidance.

In our search for meaning we define our selves by our body, personality and life experiences. It is my journey to assist others to realize… Continue

The Dallas City Council thinks it has a strategy for ending homelessness in the city, and it's fabulously uncomplicated: housing for the homeless. Not shelters, but actual apartments. Next American City reports:

According to the U.S. Interagency Council on… Continue

This Weekend, Give a Hug

Hello World Family,
This weekend, the stars are alligned for you to be vunerable and accessible. You don't have to talk about it, that will likely make things more complicated...so this weekend, just give a hug. Oh, and if someone wants to hug you in a genuinely giving way, please be humble enough to accept it. It's a good time to just embrace in silence and listen to the Earth signs.

You don't need a reason to be kind; just because you feel like it. Giving and receiving is part… Continue

The Ultimate Battle
(This post originally appeared on a blog my daughter and I share: The Falcon and the Dove
http://falcondove.blogspot.com

There are many sports playoffs going on right now: basketball, hockey, track is thriving; baseball and softball are well under way. The ultimate battle is not on a field or on a court, but, as Bobby Jones once described where competitive golf is played, “ on a five inch square space between a man’s ears”.

Embrace change. It is the key to navigating the new paradigm that awaits you.


"Change is the law of life. And those who look only to the past or present are certain to miss the future."
President John F. Kennedy

DRUNVALO MELCHIZEDEK: 2012 & THE MYAN PROPHECIES FROM THE HEART...AUDIO 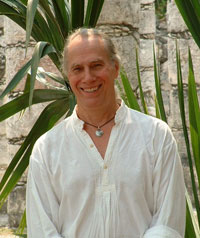 I recorded the presentation as I felt that this information is so very important and not everyone could afford the fee to see and here the presentation... I only recorded the audio... But I feel that you will learn MUCH!
The Myan Elders are speaking for the first time... Just Click On This Link or if it is not an active link... Copy and Paste it into your… Continue

A young couple won a contest and were awarded an all expense paid vacation to a resort on an island in the Caribbean. They were very excited and happy until a friend told them that this particular island was known for having a lot of snakes. Not being fond of snakes, they had some emotional pause, and being brave, they decide to go anyway. But on the flight to the island their concern about running into snakes grew into fear. So they did not sleep very well that first night, fearful that they… Continue

I'm not on here much but wanted to share with you a medicine song I channeled as soon as Fire the Grid began yesterday, July 28, 2009 at 7:19 pm Eastern time.

You do NOT have to sign up to anything to receive the MP3. I'm sharing it with no conditions.

If you enjoy it and would like to receive more free MP3s as well as my weekly newsletter with inspirational messages, you can subscribe at the same page.

The music link is in the left… Continue

I woke up and realized that I was in heaven...

Maybe this is heaven. Heaven on Earth.

I woke up in Wyoming, in a field , in a fairy hut I had built in a tree and I looked around and I realized that I am in heaven. 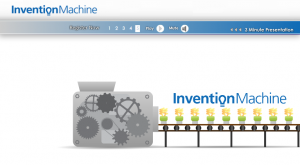 I want you to click on the picture of the 'invention machine' at the left and watch the video. As your watching the video, make a list of the things that (in your mind) make up 'sustainable' innovation, based on how they describe it to be.

Then, look at your list and consider how they are using the definition of sustainability. In some parts,… Continue

A mother
forgives a father
who is a son
of a daughter
who is a mother.

Beyond the infinitely minute construct of the human psychedelic experience, some carry the memory of the eternal spirit of our Gods: that which no psychedelic will render save our purest conscious mind, the gift given to the cosmic child now a man raised in eternal Love, and a bridge between realms. A new archtypal human God is rising from eternal origins and our future is unseen...the task is tedious and the work is universally all-encompassing.

Beyond art.
Beyond the… Continue

Letter of Support for the Fair Elections Now Act (H.R.1826) to a Congressman

It is essential that the corruptive influence of “big-money” be taken out of our “democratic” process. Industry should have a voice or “say” in that democratic process, but as it stands now, those entities with the larger bankrolls far exceed their proper influence. It is this imbalance that creates deep apathy and disdain for the elective process AND for those elected under that imbalance. It should be the policies and stands on issues… Continue

I had the wonderful pleasure of enjoying a fruit smoothie with one of my very best friends last night. She is using this treat as a method of detox, and is seeing and feeling the benefits. As we were chatting, her dogs came to greet me, and she mentioned that the reason why their coats were so shiny, was that they were raiding her compost heap, and eating the fruit and veg bits.

This morning, as I was eating a fruit salad I started wondering about detox and what your body really… Continue


"You can never solve a problem on the level on which it was created."

Thank you for your efforts and perseverance in the prosecution of Karl Rove. I believe him to be an arrogant manipulator of policy within the Bush Administration and possibly beyond. I also believe him to be traitorous in that he has caused much damage to our country in order to benefit and "elevate" himself and his cronies in a multitude of ways. He has NOT acted on behalf of the vast majority of citizens and his policies have caused much… Continue