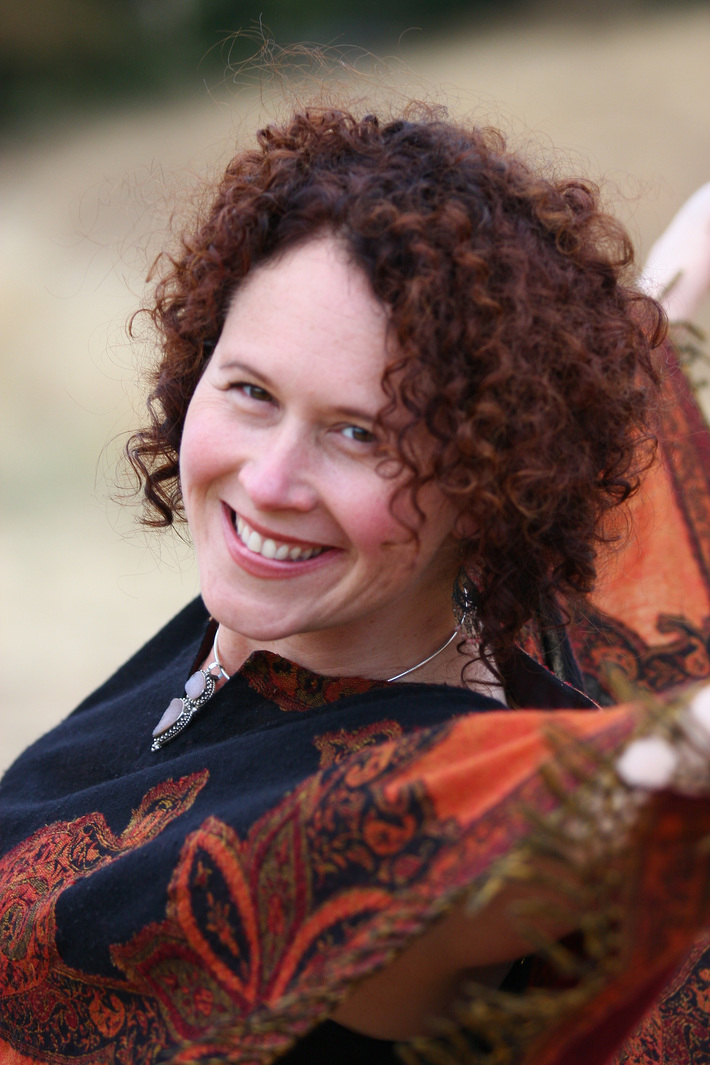 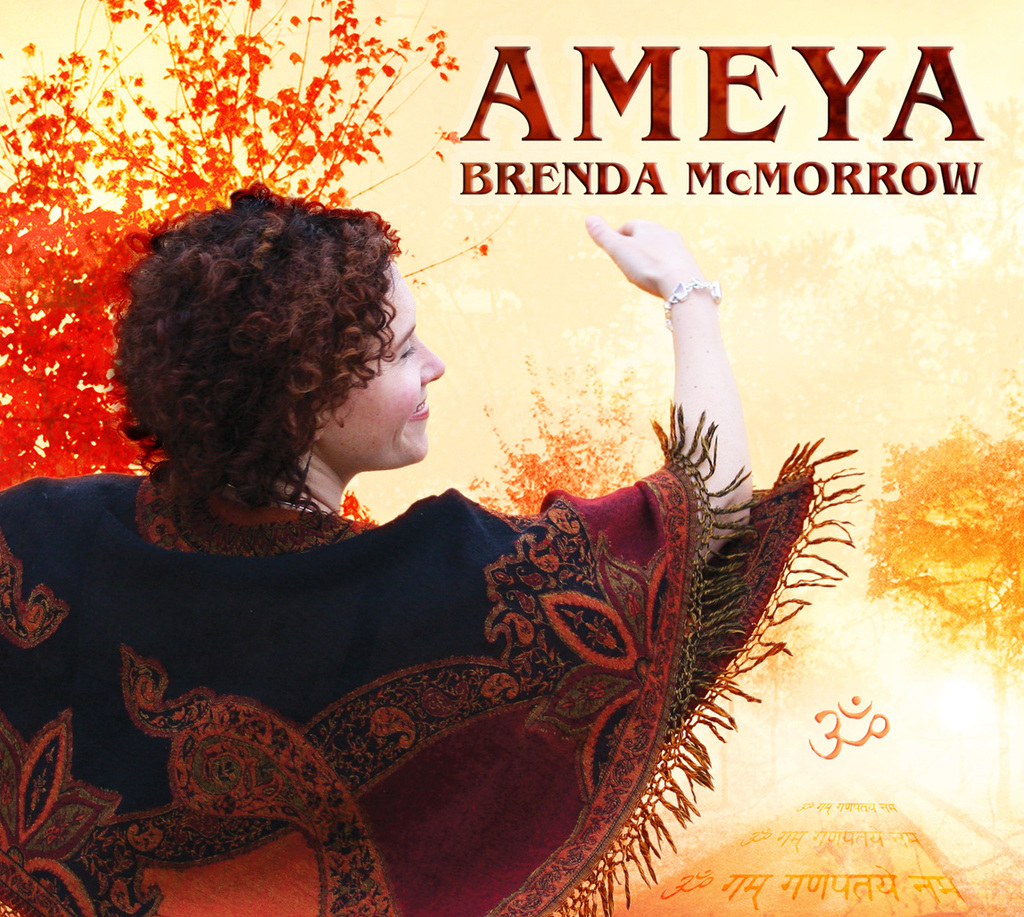 www.whiteswanrecords.com
AMEYA means INFINITE in Sanskrit and is the title of my new Kirtan Chant album which I created with producer Ben Leinbach and released in September 2008. I feel blessed to be able to share this form of heart opening music with others. To find out more about Kirtan and upcoming performances, recording etc. please visit www.brendamcmorrow.com and www.myspace.com/brendamcmorrowbr/>

The music of Canadian Devotional Chant artist Brenda McMorrow is a lush, melodic, soul-expanding fusion of East and West; songs rich in world beats and grooves, acoustic guitar, modern melodies and ancient mantras. The strong beat of Brenda's open heart resonates through her music, inspiring others to joyfully "sing into their true beings". Brenda shares sacred devotional chants, inviting the audience to join her in invoking the blissful connection that sound can create between the physical and spiritual realms. Brenda's debut kirtan album has been recently re-released by White Swan Records (Deva Premal/Donna Delory/MC Yogi) and she and producer Ben Leinbach (Jai Uttal/Deva Premal) are currently finishing up her next album of Devotional songs "Love Abounds".

I am very excited to be part of Architects of a New Dawn! What a fabulous idea - may we spread the energy of hope and possibility far and wide!
I heard about Architects at the gym (of all places!) today on the top 40 radio station they always play. I got tingles as I realized that the raising of consciousness is beginning to be embraced by the mainstream. Hmm...new age is the NOW age it seems!

Here's to the Infinite… Continue

narciso favores escala said…
Hi Brenda.... your music is a down to earth... i love it as it heals my weaknesses and bestows me peace of mind although i do not know the meaning of the lyrics but surely ...a thumbs up for me. Blessing for you

The Ancient One said…
The divine manifestation is ubiquitous,
Only our eyes are not open to it.
Awe is what moves us forward.

Live from your own center.
The divine lives within you.
The separateness apparent in the world is secondary.
Beyond the world of opposites is an unseen,
but experienced, unity and identity in us all.

Today the planet is the only proper “in group.”
Participate joyfully in the sorrows of the world.
We cannot cure the world of sorrows,
but we can choose to live in joy.

You must return with the bliss and integrate it.
The return is seeing the radiance is everywhere.
The world is a match for us.
We are a match for the world.
The spirit is the bouquet of nature.

Sanctify the place you are in.
Follow your bliss. . . .

Richard Lukens said…
Hi Brenda.. you asked about the Love is the Answer picture... well, I lifted it from another social network or somewhere... I think it is being passed around enough that it would be OK to use it on your page somewhere...

Your music is so great... devotional music like this is really one of my favorite things... I wish I was closer to you in Canada to hear your music.... but wait... oh my.... you will be in Fairfax right next door on the 21st... I will try to make it up to see you there... I hope I can fit it in my schedule.... oh darn... I just checked and I will not be around... are you staying in the area any longer?? I get back on Sunday.... It would be so cool to meet another Architect here in town... let me know your schedule if you are around the Bay Area....

Brenda MacIntyre said…
Hey cool! Lisa is producing my latest album!! She's recorded 3 others for me as well. Such a wonderful person and excellent producer!!

Thanks for the note :)
Brenda, Medicine Song Woman

Brenda MacIntyre said…
We seem to have mutual friends. You know either Alex or Lisa from ROAM? I saw you among their friends on myspace.

Chris Bottomley said…
hi Smiley! Funny how things work...nice playing last night with all of you. Sorry i can`t make the performance on Sat. I have rehearsals all day in Toronto...Please keep me in the loop and i will be happy to come out next time!

Thank you for taking the time to stop by my page and leaving your beautiful energy...Music is in the veins of every soul in my family...extreme energy under one roof...I CANT IMAGINE IT ANY OTHER WAY!
Never a dull moment.

Don't be a stranger, drop by anytime!

Love and Peace to you
Lenita xx