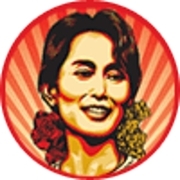 A group for those interested in and actively working on Human Rights issues around the world.

What are "rights" 3 Replies

D H Lawrence once wrote: "A bird can fall frozen to the ground without ever once having felt sorry for itself".It is important to acknowledge that misfortune happens to all creatures, including…Continue

Through the United Nations conventions and agreements you have Human Rights which  have been agreed to and are recognized, below the featured documentary from the International Day of Peace Broadcast…Continue

You need to be a member of Human Rights to add comments!

Here's a talk on how to apply nonviolent actions creatively, effectively with long lasting results. The first two minutes is a summary of how this has inspired people across the planet - recent people's movements in Tunis, Egypt, the break up of the Soviet states, Bosnia, Burma. There are plenty others. On YouTube: http://youtu.be/QQV_4-rXXrE 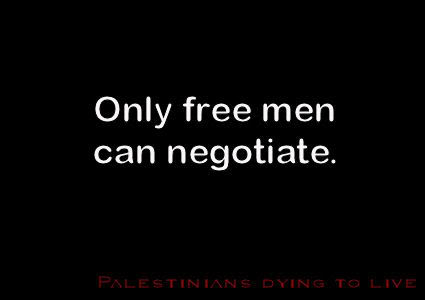 Comment by Craig Davies Metteauer on December 8, 2010 at 10:53pm
mary rose said: "How can we be talking about leading a world peace movement until we have addressed this issue of human rights violations here at home.
And, this is not even to speak about what we are doing in Afghanistan and Iraq?"
Craig says: And everywhere else!
And, if you all knew the truth about the theft of the Hawaiian Kingdom, as I do, you may be ashamed to be American, as I am. The U.S. is the sum total and shamefully comprised of the greedy theft and outright taking of many Sovereign nations and Cultures and RESOURCES, most by WAR. Show me one acre of actual American soil that wasn't previously the home of another Nation or Culture. Yes, another well orchestrated illusion. Manifest Destiny my ass. I wrote a letter to Obama outlining a recipe for World Peace using Aloha and the return of the Hawaiian Kingdom to its rightful owners. This would send a message the whole world could be at peace with. If the U.S. would use Aloha instead of constant military escalation, World Peace will come...WE CAN DO IT!!!
"The Recipe"...letter to Obama: For those desiring more info, see "Another View from the Mountaintop" on my page...by blogs.

Comment by mary rose on December 8, 2010 at 2:08pm
I am currently working on a Future Dawning program entitled: "Taking America Off Drugs." This is designed as a bridge program for Prison Reform which we are also working on. What is happening in the prisons of the U.S. as we amass the largest prison population in the world can only be considered human rights violations and must be addressed. Currently 30% of the the prison population of the U.S. is composed of those who are mentally ill. And among the adult prison population of the U.S. prison system over 2,000 juveniles are held, some of them as young as 10 years of age.

Many of those held as prisoners today have been arrested on minor drug charges but are held for life under the "Three Strikes Law" which first began in California but has spread to other states. They are held strictly for punishment in most cases and offered no chance at rehabilitation.

Now, 40,000 of these prisoners, considered to be "non-violent" are being released into the general population as there is insufficient funding to house them. However, they present a threat to the population in that with the unemployment rate hitting as high as 20% in many counties, it is increasingly difficult for a former inmate to find a job. Many will be forced to return to their former way of making a living in order to be able to eat and keep a roof over their head.

In the words of Scott H. Silverman, Founder of the Second Chance Program in San Diego, CA "what we are doing is teaching inmates how to be better criminals by not getting them into rehabilitation programs before releasing them back into local neighborhoods. www.scotthsilverman.com.

And, if we continue in this direction, what we are going to end up with is a society that is run by gangs and violence as is happening in Mexico today. We must address this issue now. How can we be talking about leading a world peace movement until we have addressed this issue of human rights violations here at home.

And, this is not even to speak about what we are doing in Afghanistan and Iraq?

Comment by Joe Figg on November 3, 2010 at 5:33pm
Best Wishes and thanks for the invite
Joe

Comment by mary rose on October 29, 2010 at 9:35pm
Rick, I would like to suggest that you join the Global Transition In Action movement and take this nationwide and into 60 European countries that Les Squires has set up. I will send you an invite. Thanks for inviting me.